Installing a VPN onto your computer is pretty much essential these days if you want to take full advantage of everything the internet has to offer.

But, when it comes to finding the perfect VPN for your needs, things can become a little complicated, especially when there are so many to choose from! 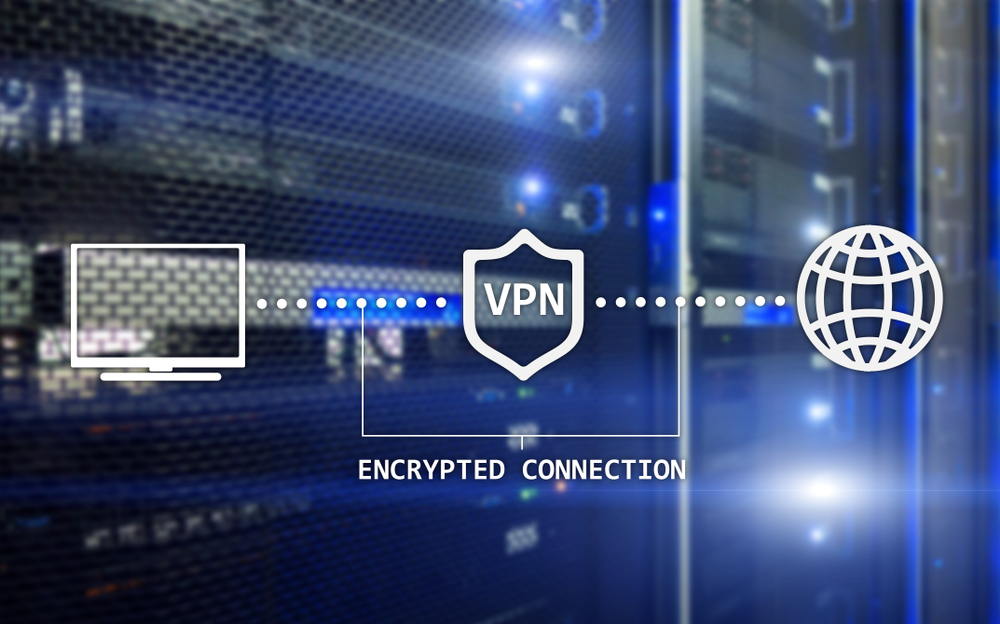 Two of the most popular VPNs are ExpressVPN and CyberGhost. But how does each perform? And, most importantly, which is best?

Below, you'll find everything you need to know about each of these in our CyberGhost VS. ExpressVPN Ultimate Guide. We’ll look into their unblocking performance, security, privacy, and more before concluding with a final verdict as to which is the best.

In a rush and don’t have the time to read through each VPN’s full details? Let’s take a look at the basics, starting with ExpressVPN.

ExpressVPN is one of the easiest VPNs to install, even on routers. This makes it extremely appealing for technophobic people and those who don’t want to spend a load of time trying to battle through jargon and confusing technical terminology.

It also ranks pretty high in terms of speed and it has some excellent unblocking capabilities. We’ll discuss this in more detail a little later but, ultimately, this means that you’ll be able to access content from almost anywhere in the world.

Another fantastic feature that ExpressVPN has to offer is that it allows you to sign up anonymously. This is a huge bonus for anybody who would prefer to keep their personal details private.

How does CyberGhost compare? Well, to begin with, it’s designed with novice VPN users in mind. This doesn’t only mean that it’s really easy to install, but also means that it’s easy to use.

It also has good unblocking capabilities although, when it comes to Netflix, CyberGhost isn’t capable of unblocking as many libraries as ExpressVPN.

It doesn’ however, come with a built-in ad-blocker and malware scanner, which will help put your mind at ease if you’re concerned about viruses.

One of the most important things to consider when choosing a VPN is the cost and both ExpressVPN and CyberGhost offer pretty competitive pricing. Here’s a breakdown of each:

Looking at the figures above, it’s clear to see that CyberGhost is the least expensive option, especially if you’d prefer to pay a one-off amount that covers you for an entire year. As far as monthly plans are concerned, however, there really isn’t that much of a difference between them.

Another thing that both VPNs offer you is a money back guarantee. This is ideal if you’d like to test a VPN before fully committing to it. You’ll still need to pay upfront to get access, but if you’re not impressed with the performance, you can get your money back quickly and easily.

While there really isn’t that much difference in monthly plans and money back guarantees, the features that each VPN has to offer are quite varied. Here’s a simple breakdown of the features you’ll find in each VPN:

As you can see, ExpressVPN is the better choice for multi-platform support as it can work across all major operating systems and apps. Even better, it can do all of this without having to be manually installed on a router, which is something that CyberGhost simply can’t offer.

ExpressVPN also offers extensions for a wider range of browsers, which is something that is very appealing if you have a preferred browser. Comparatively, CyberGhost can only offer extensions for Chrome and Firefox. 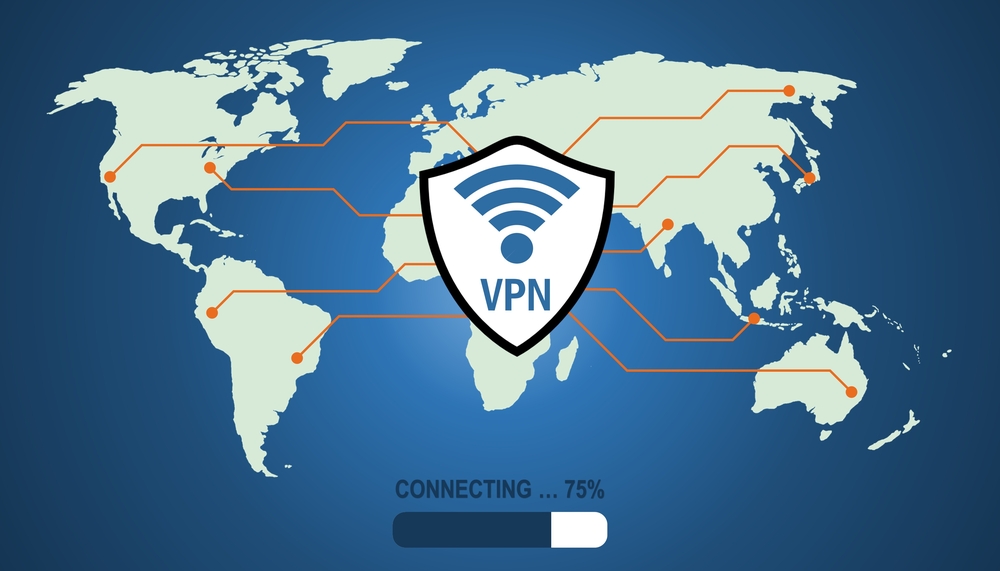 When it comes to unblocking performance, both ExpressVPN and CyberGhost will allow you to access content from different countries with ease.

However, ExpressVPN does come out as the winner in this situation as it offers access to more Netflix libraries. And, seeing as Netflix is arguably the world’s most popular online streaming service, this is something that you’ll definitely want to consider.

Here’s how ExpressVPN and CyberGhost measure up in terms of unblocking performance:

While we’re looking at the different streaming services you’ll be able to access with each VPN, it’s important to make a quick note about each of their unblocking capabilities for China.

ExpressVPN is capable of bypassing China’s Great Firewall. However, the Chinese government has blocked ExpressVPN’s homepage, so you’ll have to take an extra step and register on an alternative site.

CyberGhost has been blocked by the Chinese government and, as such, it rarely works for accessing Chinese content. It’s also been reported that local Internet Service Providers have begun restricting access to the service altogether and there is no official mirror service available.

So, if you’re looking for a VPN to access Chinese content, ExpressVPN would be the better choice.

Both ExpressVPN and CyberGhost work well on desktop computers and smaller-sized screens. They also have apps that are easy to use and make it possible to activate the VPN with one simple tap.

When using CyberGhost on a desktop computer, laptop, or smartphone you’ll find a simple, tabbed layout that makes it easy to determine between servers that are intended for streaming anonymously and those that allow you to bypass geo-restrictions.

This makes it incredibly easy to navigate, even if you’re not particularly tech-savvy.

ExpressVPN is also incredibly easy to use but the smartphone app doesn’t have nearly as many features as the desktop app. When using ExpressVPN on a computer, you’re able to change protocol and set up split-tunneling. You cannot do these using the smartphone app.

As far as speed is concerned, ExpressVPN is the clear winner with an average speed of 135 Mbps. CyberGhost averages around 58 Mbps which, while still pretty fast, falls far behind ExpressVPN.

But does speed really matter? Well, it all depends on what you’ll be using your VPN for. If you live in a busy household with multiple people using the same connection, you’ll need a faster VPN.

This is especially true if you’re all using it for streaming or torrenting. In this case, ExpressVPN would be the better option.

The first thing you should know is that while both ExpressVPN and CyberGhost allow the use of OpenVPN and IKEv2 protocols, they each have something different to offer.

We’ll look at this in more detail in just a moment but, first, here’s a simple breakdown of each of their security features:

The first difference between the two is that ExpressVPN features the L2TP protocol. This offers high speeds without sacrificing security. It also features its own Lightway protocol which it claims is faster and less resource-intensive than OpenVPN.

However, CyberGhost features WireGuard support. This is an incredibly fast, open-source technology that is becoming the new standard in security. With this in mind, there’s a good chance that ExpressVPN’s security features could become outdated.

The first thing to note about both CyberGhost and ExpressVPN in terms of privacy is that neither is based inside a “5 Eyes country”. This means that they have no obligation to comply with data requests from the US, UK, Australian, New Zealand, or Canadian governments.

However, this doesn’t mean that the companies themselves don’t keep privacy logs. ExpressVPN records the servers that you use, the date you connect to each server, and the volume of data transferred.

This isn’t really something that you ought to be concerned about though, and ExpressVPN doesn’t log your real IP address, what sites you visit, or the actions you take inside each site. It also offers you the ability to sign up and browse with anonymity.

CyberGhost is also pretty good when it comes to privacy and it doesn’t log connection times, duration, or the sites you visit. It does automatically check if you’ve logged in once a day, but this is purely for statistical purposes.

At the end of each month, all login information is deleted. You can also sign up and browse anonymously with CyberGhost.

So, what’s better - ExpressVPN or CyberGhost? As you can see, both VPNs have a lot to offer but, as far as we’re concerned, ExpressVPN comes out on top.

The main reason for this is because it gives you access to a greater amount of content from all over the world, which is the whole point of a VPN. It can also be used with some reliability inside China and its speed makes it perfect for multi-person households.