VPNs are becoming increasingly popular across the world, with a growing awareness of the importance of online security and the ever-expanding range of high-quality, reliable VPN providers.

ExpressVPN and NordVPN are two of the leading VPN players on the market, both with huge followings. 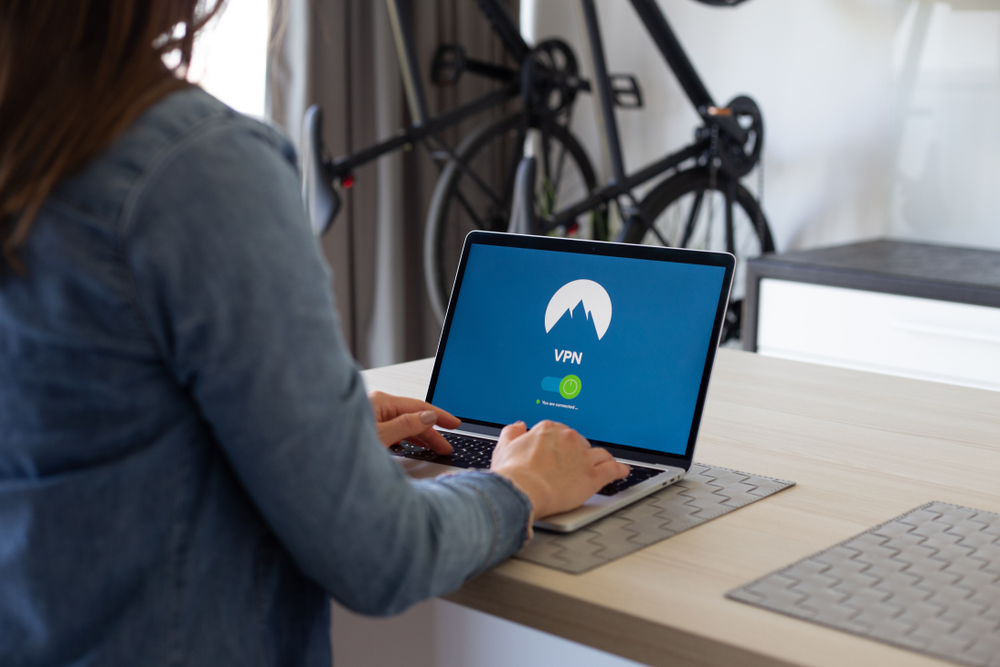 ExpressVPN is a premium service from top to bottom, while NordVPN is a hugely popular rival, offering everything you want from a VPN, plus some interesting features. But, which comes out on top?

This guide will take an in-depth look at the main similarities and differences between the two popular VPN providers, focusing on important areas such as performance, security, streaming capabilities, and much more.

ExpressVPN begins with a one-month plan priced at $12.95, which is reduced to $9.99 a month if you decide to opt for a six-month plan. ExpressVPN’s cheapest plan is their year-long offering, bringing the monthly cost down to $6.67.

NordVPN offers a one-month plan at $11.95, but some excellent discounts on longer-term plans. If you’re willing to commit to paying for two years of service, you can get an incredible rate of just $3.71 per month.

Both providers offer a 30-day money back guarantee, which gives you peace of mind when making a decision.

ExpressVPN and NordVPN, unlike many other VPN services on the market, offer command-line utilities for quick and easy installation on devices running Linux. Furthermore, both providers also deliver native apps for Windows, IOS, Android, MacOS, and Amazon Fire devices.

In the router stakes, ExpressVPN comes out on top because of its own simple-to-use custom firmware that works with select routers. Nevertheless, NordVPN can still be manually installed on a wide range of routers.

NordVPN allows six simultaneous connections at a time compared to ExpressVPN’s allowance of five. In both cases, if you install the VPN on a router, this counts as just one connection from your allowance.

Moreover, NordVPN provides an ad-blocker and malware-protection system called CyberSec which can be turned on easily within the app.

The day-to-day performance of a VPN is one of the most important things to focus on. After all, if your connection is reduced to a snail’s pace, there isn’t much point in being connected at all.

Based on a number of speed test results, ExpressVPN and NordVPN are comfortably among the top ten fastest providers. This is due in part to both providers making proprietary protocols available for their users: ExpressVPN’s Lightway and NordVPN’s NordLynx.

On the other hand, NordVPN has recorded average speeds of 111.7 Mbps and 122.3 Mbps in North America and Europe respectively.

ExpressVPN has over 3,000 servers across 94 different server countries, while NordVPN has fewer server locations in 59 countries, but significantly more options in its server network with over 5,200 servers.

NordVPN also has a server feature that ExpressVPN doesn’t offer. This is VPN chaining - also known as multi-hop VPN - and works by routing traffic through two different servers, encrypting packets twice over.

While this is an interesting and useful security feature, it’s worth bearing in mind that it’ll slow down your connection. Alternatively, NordVPN gives you the opportunity to route your data through its servers before then passing it through the Tor network.

One of the major reasons people consider investing in a VPN is to access geo-restricted streaming sites.

Both ExpressVPN and NordVPN are up to the challenge in this respect, with there being very few streaming platforms that you’ll be unable to access from abroad using either of the two services.

All of the main streaming sites are relatively simple to access such as Amazon Prime, BBC iPlayer and Hulu, while Neftlix works incredibly well with both providers.

Just keep in mind with NordVPN, that if the Netflix library which corresponds to your server location can’t be unblocked, the VPN provider will automatically direct you to the US Netflix library. 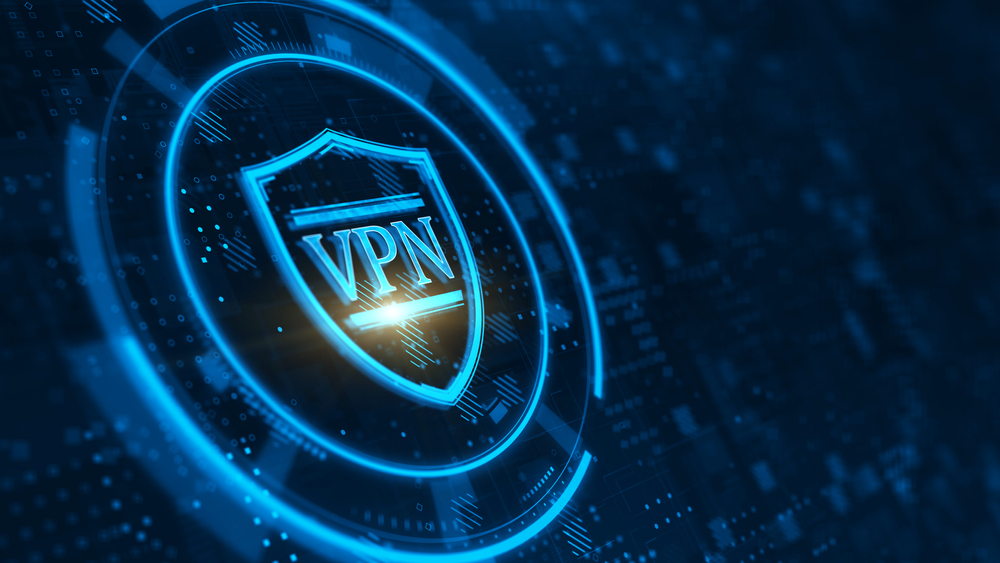 Both providers offer plenty of VPN protocols to effectively secure your internet traffic. As mentioned earlier, ExpressVPN has its own proprietary protocol,  Lightway, while it also allows OpenVPN, IKEv2, and L2TP connections.

NordVPN similarly uses its own protocol, NordLynx, which is based on WireGuard. This is much easier to audit than OpenVPN, and considered by many as the next big breakthrough in digital security.

ExpressVPN and NordVPN both use AES encryption with a 256-bit key. This is because it delivers cast-iron online security with a cipher that’s uncrackable.

The slight advantage goes to ExpressVPN in the security that it offers for the control channel. Both providers use RSA encryption for this channel, but ExpressVPN uses a longer key (4,096 bits) compared to NordVPN (2,048 bits).

It’s worth noting that DNS calls are unencrypted, so if a VPN lets your computer or device carry on using the default DNS service nominated by your Internet Service Provider (ISP), there’s a chance that all of the websites you visit could be logged by your ISP, government spooks, or hackers.

Fortunately, both ExpressVPN and NordVPN make sure all DNS references have to travel down their encrypted tunnels, which subsequently prevents any unwelcome visitors from accessing your internet activity.

Finally, ExpressVPN and NordVPN apps both include a useful kill switch option. This stops you from accidentally browsing with the VPN disconnected.

NordVPN allows you to use either a regular kill switch or one that just affects specific apps, while ExpressVPN doesn’t have this per-app option, instead providing split tunnelling across all of its apps.

ExpressVPN and NordVPN both provide impressive privacy credentials. They come equipped with Perfect Forward Secrecy, meaning that if one session happens to be compromised, your next will be protected through the automatic use of a different key.

ExpressVPN also runs its own zero-knowledge, 256-bit encrypted DNS on all its servers, while NordVPN offers some high-quality features such as Onion over VPN and a double VPN system.

Ultimately, it’s difficult to separate the two in terms of privacy, despite the fact that NordVPN provides a couple of features not available from ExpressVPN.

This is because these additional features aren’t going to be used by the majority of users, and ExpressVPN has an impressive squeaky-clean track record.

If you often engage in unprotected torrenting activity, you’re exposing your IP address to everyone you’re sharing your files and information with. This is why a VPN is the perfect solution - with both ExpressVPN and NordVPN providing impressive P2P functionality.

ExpressVPN allows P2P sharing on all its servers, with no bandwidth restrictions and no data cap. This makes it an enjoyable, hassle-free experience which also features a kill switch that kicks into action when your internet connection drops.

In contrast, NordVPN doesn’t support P2P sharing on every single one of its servers, but it can detect if you’re torrenting, and will automatically switch you to a server that does support it. You can also choose a P2P-friendly server from the get-go and there’s a handy kill switch there too.

As this guide has shown, it’s a close-run battle between the two with very little separating them. If, however, you really can’t pick and need some help, we’d just about give the edge to NordVPN.

It’s a fantastic low-cost option with the current discount, almost as fast as ExpressVPN, has way more servers to choose from, and provides impressive control over your security setup.

ExpressVPN is still a great choice though, so there’s really no loser in this battle of the VPN heavyweights.

Which Provider Works Best On A Game Console?

Major game consoles such as PlayStation, Xbox and Nintendo Switch don’t currently offer a NordVPN or ExpressVPN app, so you’ll need to install the VPN directly on your router.

There’s very little between the two in terms of performance, it all depends on your needs. ExpressVPN is a slightly faster service, while NordVPN offers far more servers to choose from.

Fortunately, both providers prioritize security and privacy, so whichever you choose, you can game and stream in total confidence.

Is ExpressVPN Or NordVPN Better For Android TV?

Generally, both VPN providers are good choices for Android TV, it all comes down to your individual needs. If you’re on a slow connection and need a VPN that has minimal impact on this, ExpressVPN may be the better option.