ExpressVPN is a big name in the VPN world, but Private Internet Access has slowly started to gain popularity. The general consensus is that ExpressVPN is faster and offers more protection, but PIA helps you unblock loads of streaming services.

But are these rumors true, and if so, which one is actually best? We have done the hard work, so you don’t have to! Sit back and have a read through what we found. 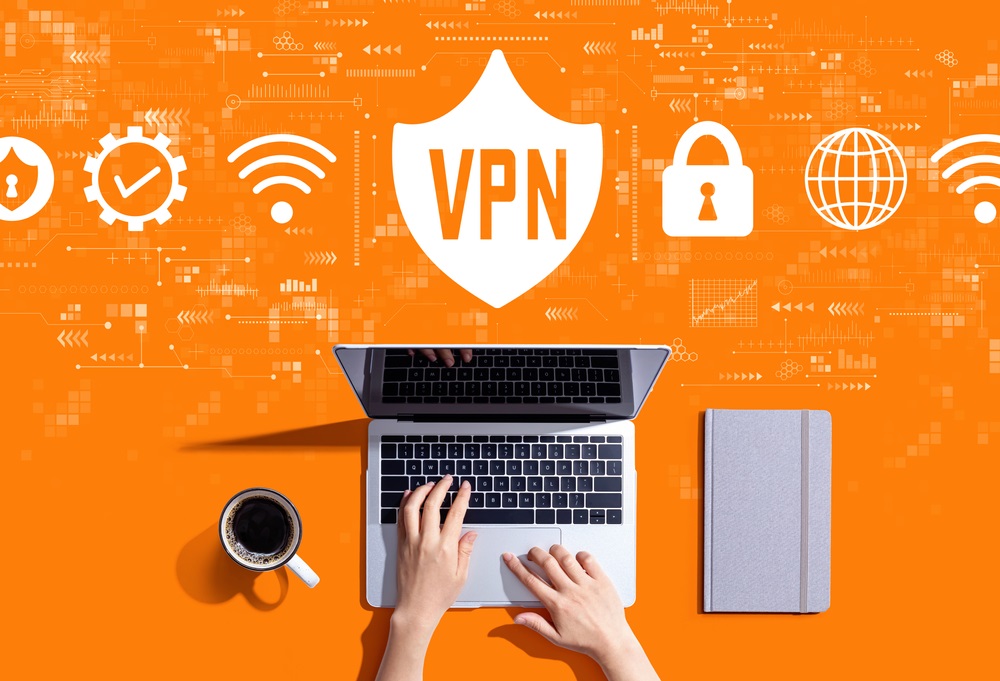 Which VPN Has The Best Speed? - ExpressVPN vs PIA

It won’t be a shock to you that using a VPN will lower your download speed. Because your VPN is encrypting your search and protecting your software, it will make your browsing slower.

However, ExpressVPN is known for being a fast provider. We tested their service on several different servers and received an average download speed of around 250 Mbps.

Our internet didn’t falter while watching HD movies or playing multiplayer online games. They have an inbuilt system called Lightway, which helps keep them fast!

When tested, it came to around 200Mbps, which was less than we expected.

So to round up, the rumors are true. ExpressVPN is faster than Private Internet Access.

Which VPN Has The Best Streaming Unblocking? - ExpressVPN vs PIA

We say we want a VPN for security, but most of us just want to watch that one show on Netflix that is only available in a different country.

Because of this, we know how important the unblocking feature is! The rumors say that PIA should win this round, but let's check the facts before we declare a winner.

Just like us, streaming services are aware that VPNs can take down their geo-blocked content, so they are constantly trying to put more barriers in place. To ensure you don’t waste your yearly subscription, you want to buy a VPN package with a long history of bypassing geo-restrictions.

ExpressVPN has this long history. We could access Netflix, BBC iPlayer, Youtube, and even DAZN while shifting through different content that should have been blocked to us geographically. ExpressVPN really surprised us with how well they did!

PIA is meant to be the top dog in this regard, but we were let down. We couldn’t access US and UK content from Netflix, which is a major streaming service that most customers want to unblock. We were able to view Indian Netflix, though.

We also couldn’t access BBC iPlayer or DAZN either. It wasn’t all bad news, though, as YouTube was unblocked with ease.

What Country Is Either VPN Based In, And Why Does It Matter?

The jurisdiction of a VPN tells you the laws that the company has to follow. Ideally, you don’t want a country that is part of the Five Eyes Alliance as your VPNs base. This is because they have agreed to store data to help stop and prove crimes.

The Five Eyes Alliance started out with just the US, UK, Canada, Australia, and New Zealand. But they have grown to a 14-Eyes Alliance.

Unfortunately, PIA is based in the US. The US is known for being an intrusive government that spies on digital business. This means that although they may not store all of your data, they will hold some for governmental searches.

ExpressVPN, on the other hand, is based in the Virgin British Islands, which means that it is not part of the 14-Eyes Alliance.

This means that ExpressVPN is more privacy-friendly than PIA.

Which VPN Has The Best Encryption? - ExpressVPN vs PIA

Encryptions created by your VPN make it hard for hackers to access your searches, messages and downloaded content. Encryptions make searching the wild-west of the internet safer.

ExpressVPN offers you three types of encryption. The first is their default encryption called “AES-256”. Although it is default encryption, it is actually the best on the market, and it is used as the gold standard in the industry.

Their second encryption is called “ChaCha20/Poly1305, which is part of the Lightway protocol. This little addition is great for slower devices like mobile phones or old tech, as it protects you while not draining too much speed.

Their third and final encryption is a “perfect forward secrecy,” which means that you have to enter it every time you use the VPN for authentication, and it is constantly changing its superior security for added protection. This encryption is called “SHA-512”.

PIA has 5 options for encryption. Their default is “AES-128 CBC”. The others are as follows:

You’ll notice that the golden standard “AES-256” is available with PIA too, which means that it has super protective encryption, lesser protections to give faster speeds, and no encryptions for the basic service.

Because of PIA’s flexibility, we can confirm that PIA’s encryption service is better than ExpressVPN.

Which VPN Is More Adaptable? - ExpressVPN vs PIA 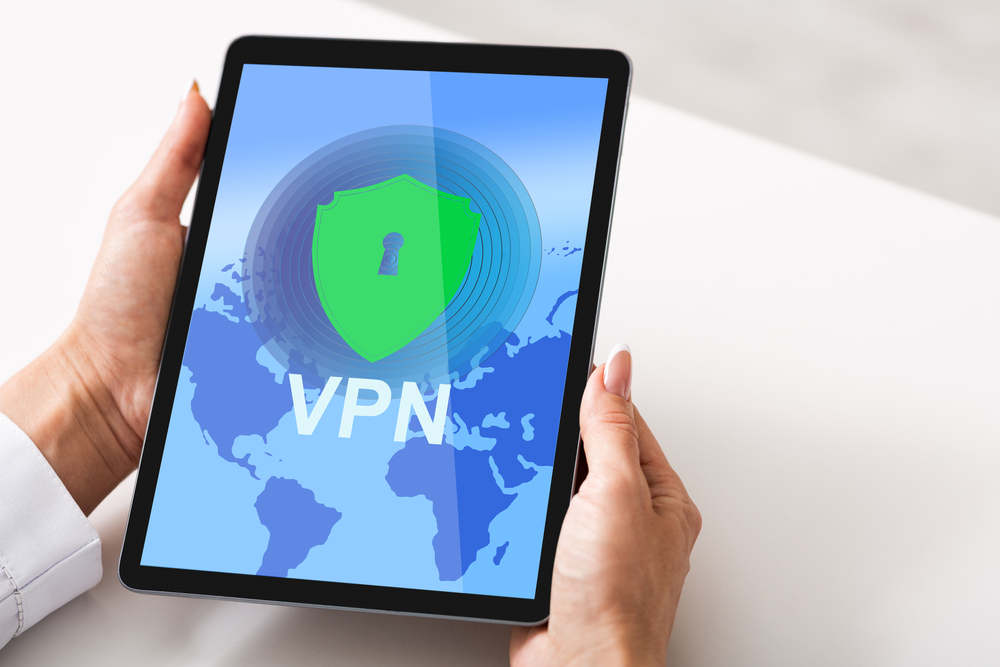 One way to see which VPN is adaptable is by looking at which software it can use. When buying a VPN, we already know what devices we want to put onto the scheme, so making sure that the VPN can protect those devices should be one of your major priorities.

Both ExpressVPN and PIA can be used on all typical OS devices. These include Windows, macOS, Linux, Android, and iOS.

Here PIA takes the lead, as they can be used with Firefox, Chrome, and Opera. ExpressVPN can only be used for Firefox and Chrome.

Other Software and Devices

ExpressVPN is the shining star in this category as it can also protect Android TV, Fire devices, and routers!

If you want to connect your VPN to multiple devices, then you should be using PIA. They can protect 10 devices at the same time, whereas ExpressVPN can protect a respectable 5.

Figuring which VPN is more adaptable depends on your needs. If you want to use the VPN on loads of devices, then pick PIA. If you’re going to use your VPN on unusual devices like a FireStick, then choose ExpressVPN.

Which VPN Is Better For Desktop Apps? - ExpressVPN vs PIA

In all honesty, there are many similarities between these two VPNs when we look at their desktop applications. The visual interface is a small window with a massive button to tell you when it’s on or off.

They also both give you a separate window to locate the settings menu.

That being said, PIA has an easy-to-access system that shows you very clearly how to organize your encryptions. It also has the best-looking interface on Windows applications.

Both are great, but PIA takes a narrow lead for this category.

Which VPN Is Better For Mobile Apps? - ExpressVPN vs PIA

When it comes to visuals, PIA and ExpressVPN mobile applications look very similar to their desktop counterparts. The tabs have been narrowed to fit a smartphone screen, but that’s the only real difference. You can expect the same method-of-use for both devices.

However, PIA isn’t a great choice for iPhones, as the iOS app doesn’t support split tunneling. This means that the PIA will run for every application, which will slow down your speed. Split tunneling allows you to say “don’t work on this app, please” to save data.

ExpressVPN, however, does work for both iPhones and Android but is more suited for Androids.

This means that both VPNs aren’t great with iPhones but are good with Androids.

So what's the grand jury’s decision? Which is the best VPN out of ExpressVPN and Private Internet Access?

They are both fantastic choices, but if you want a quick answer, ExpressVPN outdoes PIA in most categories.

However, having the most gold medals doesn’t mean that ExpressVPN can handle every hurdle. You might find it easier to figure out the best VPN for you by looking at our summary table: