Virtual Private Networks, or VPNs, are becoming incredibly more popular around the world as technology continues to develop at a rapid rate. VPNs are usually pretty easy to use and allow access to geo-restricted content while keeping important personal information safe and secure. 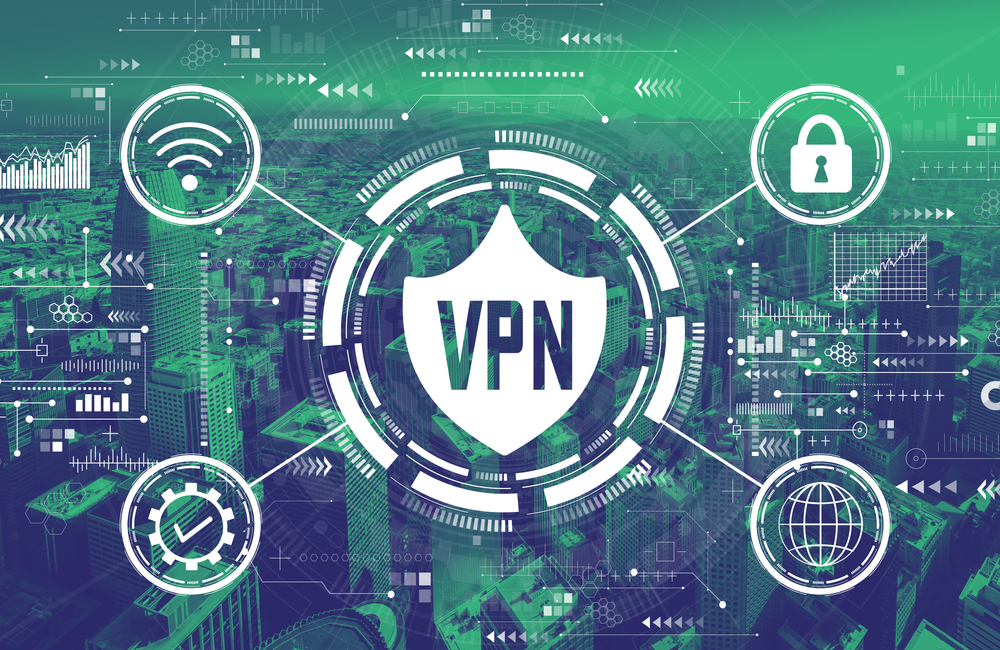 ExpressVPN and Surfshark are two of the best and most reliable VPN providers on the market, offering excellent value for money.

ExpressVPN is a premium service with some incredible features, while Surfshark is a little less well-known, but equally as effective and reliable in the key areas.

This guide will take an in-depth look at some of the main similarities and differences between the two popular VPN services, focusing on essential areas such as performance, security, streaming, and much more.

ExpressVPN starts with a one-month plan priced at $12.95, which is reduced to $9.99 a month if you choose their six-month plan.

If you don’t mind paying up front and signing up for longer, ExpressVPN’s cheapest plan is their year-long offering. This brings the monthly rate down to $6.67.

Surfshark’s one-month plan is priced exactly the same at $12.95. However, as is the case with ExpressVPN, if you’re willing to pay up front and commit to the service long-term, Surfshark offers substantial savings.

For example, their two-year plan stands at an unbeatable $2.49 a month. This tops the list of cheapest high-quality VPNs on the market.

It’s useful to know that both VPN providers also offer a 30-day money back guarantee. This excellent feature gives you peace of mind when making your final decision.

ExpressVPN and Surfshark both offer impressive multi-platform support, with easy-to-use apps for all major operating systems, in addition to command line-based installers for Linux systems.

Moreover, users are provided with browser extensions for Chrome and Firefox, although it’s worth keeping in mind that these don’t secure traffic from any of your other apps.

Despite sharing many of the same standard features, there are a few notable differences between the two providers that are worth taking note of. For example, Surfshark comes equipped with a built-in ad-blocker and malware-scanner, as well as useful tools that alert you to any data leaks.

On the other hand, ExpressVPN provides custom firmware for supported routers. Furthemore, unlike Surfshark, it doesn’t need to be configured for use in countries that have heavily-censored internet access.

One of the biggest advantages that Surfshark has over most VPN services on the market (including ExpressVPN) is the fact that it allows an unlimited number of simultaneous connections.

This makes it an ideal choice for people who want to share their VPN with friends and family.

With ExpressVPN you’re allowed to connect up to five devices at once. While this isn’t as good as Surfshark, it should be more than enough for the majority of users.

For many people looking for a suitable VPN, the most important factor to take into account is the quality of its day-to-day performance. After all, if your connection is reduced to a super-slow crawl, there isn’t much point being connected at all.

Both servers are quick enough for HD streaming, however Surfshark is marginally faster in some countries such as the UK with average speeds of around 70 Mbps to ExpressVPN’s 58 Mbps.

Just keep in mind that a small section of Surfshark’s servers are considerably slower than others, so you may need to try a couple if your first choice isn’t as good as you’d hoped for.

If you’re looking for a VPN to use in the US, ExpressVPN is the safest bet for consistently good connections.

Despite these marginal differences, both are incredibly reliable and far ahead of the vast majority of the competition.

There’s a significant difference between these networks in terms of the servers and locations they offer. ExpressVPN provides over 3,000 servers across 94 different server countries, while Surfshark cover considerably fewer countries (65) with their 3,200 servers.

However, it’s important to note that having 94 different server countries is more than almost any other major VPN on the market. Therefore, this shouldn’t be considered a failure on Surfshark’s part.

ExpressVPN has its own proprietary protocol, Lightway, but can also allow OpenVPN, IKEv2, and L2TP connections. It uses 256-bit AES encryption which is near-on impossible to crack and has RSA keys that are 4,096 bits long - twice as long and slightly more secure than Surfshark.

On the other hand, Surfshark delivers an excellent range of security features, including support for a wide selection of protocols, including OpenVPN, UDP, TCP and IKEv2. Moreover, they also offer AES-256 encryption.

For additional security, Surfshark provides a double-hop feature (routing through two different VPN servers) and split tunnelling. Just bear in mind that split tunnelling is only available at the moment on Windows and Android.

Finally, ExpressVPN and Surfshark apps both include a handy kill switch option. This prevents you from accidentally browsing with the VPN disconnected. 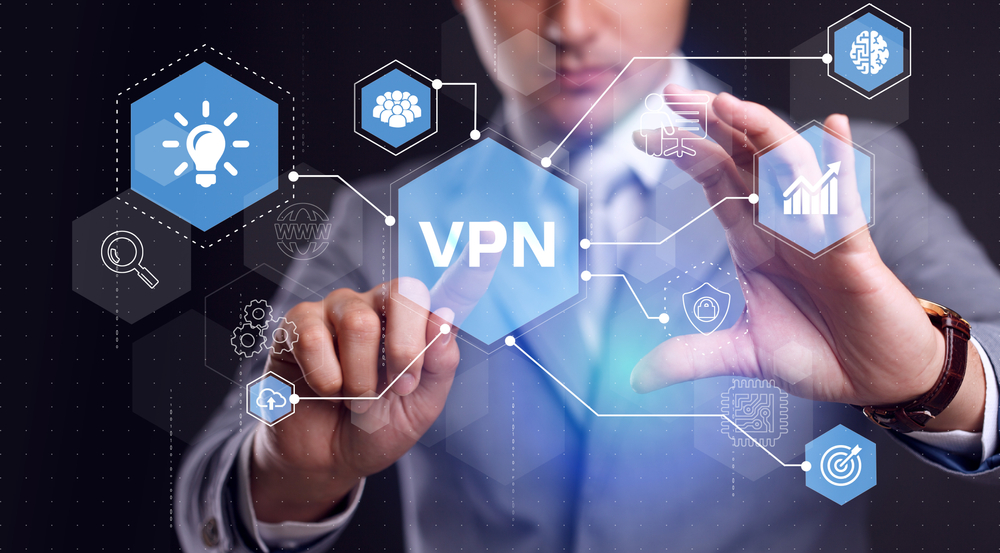 ExpressVPN, unlike many other VPNs, doesn’t boast about its zero-logging policy.

However, in the areas that are really important such as IP address, connection time and details about the website you visit, ExpressVPN protects your data without fail. It does collect information like the date accessed and the server of choice, but this is all harmless.

Surfshark undertook an audit in 2018, however it was relatively limited in scope with the examination focused on the VPN’s browser extensions. To ensure full compliance with the network’s no-log policy, a full audit of the main software is required.

For people who often engage in unprotected torrenting activity, there’s every chance that you’re exposing your IP address to all the users you’re sharing your files with.

This is why getting an effective VPN is the ideal solution - with both ExpressVPN and Surfshark providing high-quality P2P functionality.

Surfshark makes torrenting incredibly straightforward as it automatically connects you to a suitable server whenever the network detects P2P activity. The average torrent download speed for Surfshark is 95.6 Mbps.

ExpressVPN is even better-suited to P2P sharing with each of its 160 locations in 94 different countries having torrent-friendly servers available to use.

While in practice both are highly effective, ExpressVPN just has the edge due to the breadth of P2P servers that Surfshark lacks. Furthermore, you’ll be more likely to find a fast server exactly where you want.

Having good support is an added bonus for VPN users as things will invariably go wrong at one point or another. Both ExpressVPN and Surfshark provide 24/7 support through live chat and email, so any problems you encounter, can be rectified as soon as possible.

What’s more, ExpressVPN’s live chat and email feedback is renowned for being comprehensive and immediate. So, if you’re in a rush and need an issue to be solved within an hour, you shouldn’t have any problems with ExpressVPN.

As this guide has shown, there isn’t a lot to separate ExpressVPN and Surfshark. They’re two of the best VPN providers available and your decision ultimately comes down to personal preference.

As the premium option on the market, it’s hard to look past ExpressVPN with its impressive reliability, streaming abilities and all-round excellent usability. Nevertheless, if you’re working to a really tight budget, Surfshark provides a fantastic service long-term, as well as some really useful features.

Either way, Surfshark and ExpressVPN are two of the best all-round VPNs on the market, so you’ll be pleased with whichever you end up opting for.

Can I Trust Surfshark?

Surfshark is a safe provider to use with a wide range of strong security features that many other popular VPNs don’t offer.

Yes, there are a few areas that could do with some improvement such as their relatively small server network, but all things considered, Surfshark is up there with the safest and most reliable VPN services on the market.

Is Surfshark A Chinese Company?

No, Surfshark is owned by a company in the British Virgin Islands which doesn’t fall under the 14 Eyes Jurisdiction. The VPN company was founded in 2018 and is owned by Surfshark Ltd., who have employees in eight countries.

The popular streaming platform has significantly stepped up its efforts to ban VPNs from bypassing geographical restrictions. This, however, is easier said than done with a rising number of VPNs that take time to block.

Is It Possible For Police To Track VPN?

To answer the question simply, police are unable to track live, encrypted VPN traffic. Despite this, they can still go to your internet service provider (ISP) and request connection or access to usage logs if they have a court order.