If you’re looking for a good VPN to protect your IP address as you go online, it makes sense to compare some of the top brands to see how they fare and how they measure up. 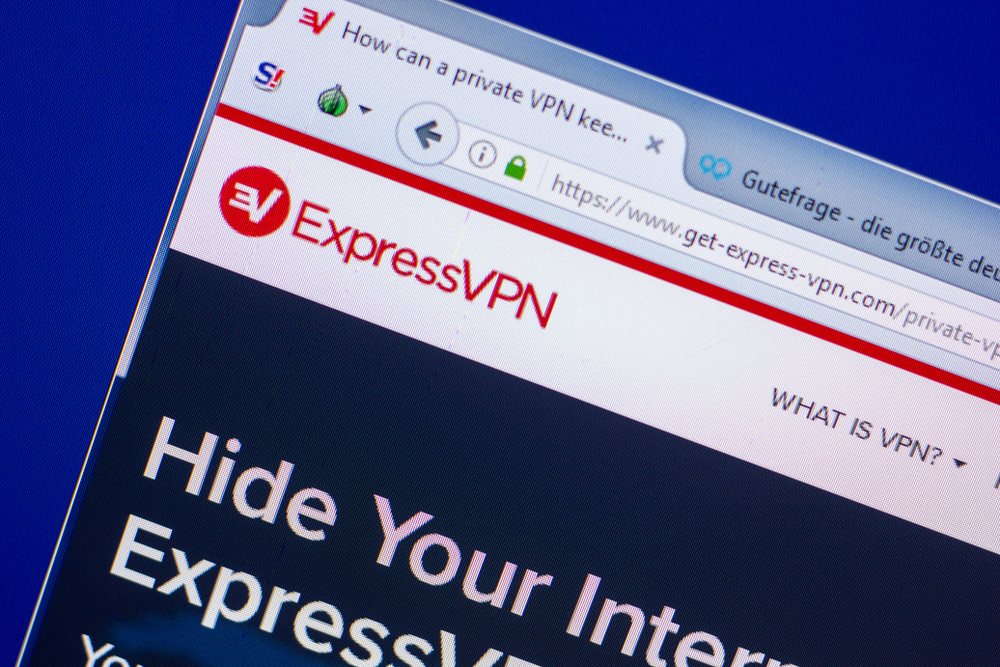 In this article, we’re going to examine two of the most well established VPNs around, namely ExpressVPN and TunnelBear, and compare them against each other.

We’re going to cover the company background, any features they might have, their encryption and security, their streaming and torrenting capabilities, their speed and performance, available customer support, and finally their value for money.

Then at the end we will wrap up with a final conclusion. Please feel free to scroll ahead to any section that interests you.

It’s worth getting to know a bit about the company backgrounds of VPN providers because the company must obey the laws of its country, and unfortunately there are some countries that don’t respect the privacy of those who use its services, sometimes including its own citizens.

So let’s look at the position for ExpressVPN and TunnelBear.

ExpressVPN is headquartered in the British Virgin Islands, and this is a great jurisdiction for a VPN.

This is because they don’t have to conform to any international surveillance alliances, and there are no mandatory data retention laws that could compromise their no-logs policy. As such, it has proved a popular place to set up for other VPN companies, including Surfshark.

This is not the case for TunnelBear, however. In 2018, TunnelBear was acquired by McAfee, which is a USA based cybersecurity firm. As such, this means that the owner of the TunnelBear VPN falls under American jurisdiction.

And this is a concern because US law gives the government the ok to force companies to spy on those who use their products.

Technically, however, the TunnelBear VPN is based in Canada. But that isn’t much better because Canada is a member of an international surveillance alliance known as the Five Eyes. And this is an organization with a dubious record when it comes to respecting user privacy.

For these reasons, we strongly recommend that you don’t subscribe to VPN services that are tied to US or Canadian jurisdictions. Which is why we prefer ExpressVPN over TunnelBear when it comes to company background and jurisdiction.

ExpressVPN features a minimal and user-friendly interface. And it offers a wide range of VPN apps for all of the major operating systems and devices, including the likes of Linux and smart TVs.

These apps include great security features, such as their Network Lock kill switch, and a private DNS service that prevents your ISP from spying on you.

Another great feature of ExpressVPN is their split tunneling. With this in place, you can route some apps through the VPN and route others through your regular network.

This can help to boost the speed for gaming and streaming. And it can block unwanted connections coming from known VPN servers.

ExpressVPN also allows you to connect up to 5 devices at the same time to their network.

TunnelBear offers a limited number of dedicated apps which are made available on Windows OS, MacOS, iOS and Android devices. But, there is no such support for routers, the Linux OS, or for Android TVs.

It’s apps also feature a kill switch known as VigilantBear which will block all internet traffic if you ever need it to. And there’s a nice feature called GhostBear which basically camouflages your VPN traffic, so you can get around all the common VPN blocks.

And that can be pretty handy if you want to use a VPN for a restricted network, such as those of China or Dubai.

Like ExpressVPN, TunnelBear also allows the user to connect up to 5 devices at the same time to their network.

One of the more popular features of TunnelBear is how it offers a free trial before you start your paid subscription. 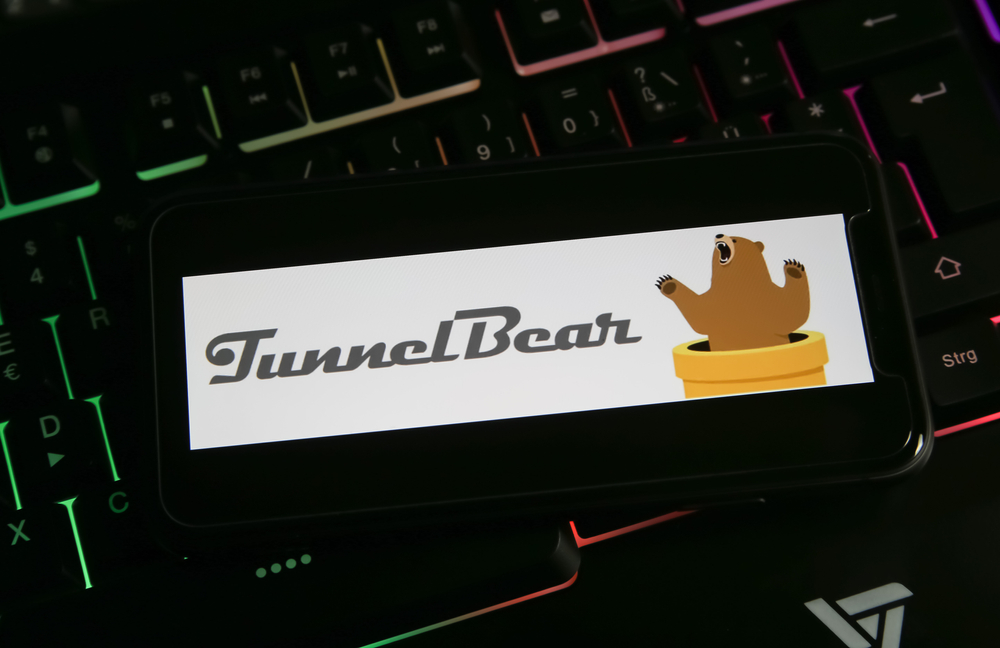 One of the more critical aspects of VPN security is the use of strong encryption algorithms.

While ExpressVPN uses all the same VPN protocols as TunnelBear, it also uses something called their Lightway protocol, which delivers upgraded security, along with faster delivery speeds. So the winner for this category is ExpressVPN.

An independent audit is a great way to provide confirmation that a VPN’s security claims are in fact, valid. Most VPNs have had very few such audits, but ExpressVPN has had 3 audits spanning the last 3 years, and was declared to reach a good level of security.

VPNs servers should also be protected from physical assaults. In 2017 forces in Turkey seized an ExpressVPN server, so since then ExpressVPN made their servers diskless. This way it's impossible for any user data to be stored on one of their servers.

TunnelBear has yet to put in place such a measure, so once again ExpressVPN is the winner in this category.

Privacy is one of the foremost reasons that people look into getting a VPN in the first place. But there’s a significant discrepancy between how private your online activity is with ExpressVPN compared with TunnelBear…

ExpressVPN has a no-logs policy, which means that it does not keep logs of your online activity. This has been privately verified by PricewaterhouseCoopers in both 2019 and 2020.

They also fall under a privacy-friendly jurisdiction, as mentioned earlier, and no data can be stored on their servers.

TunnelBear meanwhile also claims to have a no-logs policy. However, TunnelBear does keep some logs.

They log your operating system, which version of the app you’re using, whether you used it this month, and how much bandwidth you use each month.

While this isn’t necessarily an infringement of your privacy, it isn’t really fair to say that they have a no-logs policy, when they are clearly making some logs.

Thus, we would argue that ExpressVPN is the winner in this category.

VPNs have long been known to slow down your internet connection. But they can vary in how much they will slow you down.

In one test, using US servers, ExpressVPN was found to be 157 MB per second faster than TunnelBear, when used with their Lightway VPN protocol activated.

And similarly the same test found that when using UK servers, TunnelBear only delivered a measly 5 MB per second to its users, whereas ExpressVPN was significantly faster, obtaining almost 50% of the bandwidth compared to TunnelBear’s tiny 1%.

The Windows TunnelBear VPN app has also been known to see random connection problems, and will often be unable to connect, with no explanation provided for troubleshooting.

This is probably down to having only one server location per country, so the server can quickly become too crowded.

So, ExpressVPN outperforms TunnelBear in this regard too.

Unfortunately, TunnelBear isn’t the best for streaming. It doesn’t work with Netflix at all. And when you do find a streaming service that works, you are met with slow speeds and lots of buffering and interruptions.

ExpressVPN on the other hand is a fantastic VPN for streaming. It’s fast and it can unblock Netflix, Hulu, Disney Plus, and more.

ExpressVPN is great for torrenting, both fast and very secure. TunnelBear on the other hand is not. Not only is it very slow, but you don’t get the same level of privacy because of the jurisdiction.

Not only does ExpressVPN have a comprehensive selection of instructional videos available to view on their website, but they also offer more direct customer support which can be accessed 24 hours a day, 7 days a week.

Unfortunately, although TunnelBear does offer customer support, it is not in the form of live chat support, and you will have to email them with your issue or query and wait for them to get back to you. And this has been known to be rather sluggish at times.

For these reasons, ExpressVPN offers better customer support by far. It’s both quicker, which can be handy, and more comprehensive.

Both VPNs offer different price plans, all of which are easily affordable. However, TunnelBear is noticeably cheaper than ExpressVPN across the board.

TunnelBear also offers a free VPN plan, which is pretty good, providing the user with 500 MB of data during its free trial.

So, if you are in two minds of which to go for, you could always give TunnelBear a shot while it's free and see if it performs well enough for your needs. If it’s not up to the level you need, you could always try something else instead, like ExpressVPN for a few dollars more each month.

To be honest, ExpressVPN has definitely come out on top here. It clearly outperforms TunnelBear in just about every category.