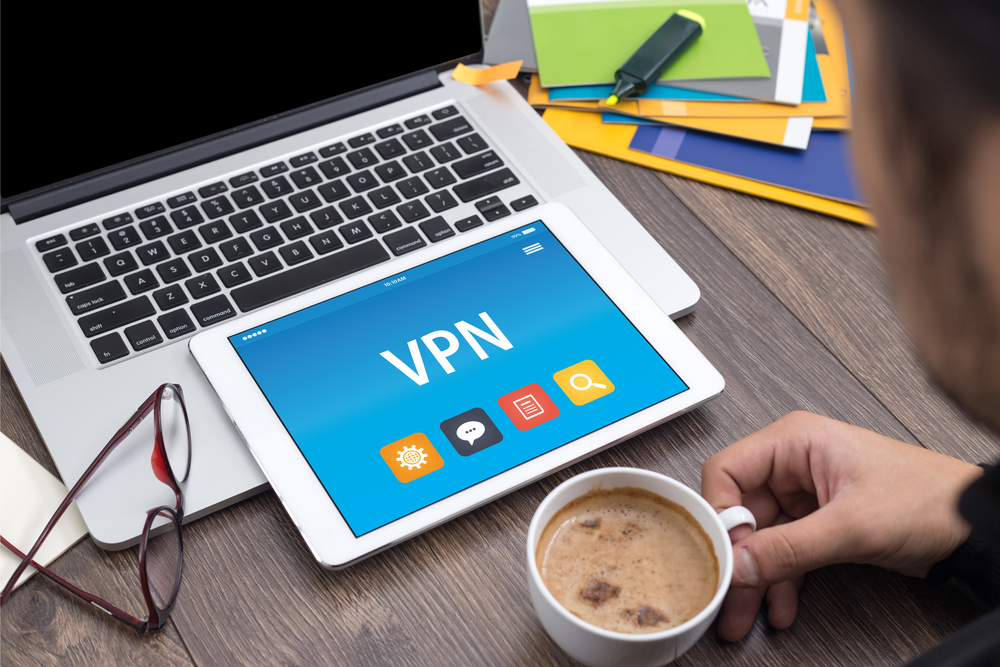 Which Of These Popular VPNs Should You Trust With Your Online Safety?

ExpressVPN is widely considered to be the best VPN service available, but here’s the thing...just because a VPN has the throne, doesn’t mean it will keep it.

These kinds of software will often exhibit sudden and enduring dips in performance, which is why it’s important we keep them on their toes with comparisons such as this.

Today, the prospective usurper is HideMyAss or simply HMA. It may have a hilarious logo displaying a donkey wearing dark sunglasses, a hat, and a trench coat with a popped collar, but don’t let the whimsy fool you.

This VPN has some serious muscle, fantastic features, and exquisite customer service.

Choosing A VPN - Features Used For The Comparison

In order to compare these services in an efficient and meaningful way, I made each round a key aspect of design that we as customers should be looking for in a VPN.

I’m going to break each feature down, so you know exactly what it is and why it’s important, then I’ll let the two VPNs butt heads, and finally, I’ll declare the winner of each skirmish. Sound good? Excellent. Follow me to the head-to-head!

VPNs slow down your connection speed — it’s just an unfortunate fact of cyber life. They add to and extend the pipelines through which data has to travel, so it takes longer to reach or leave you.

There’s no way around this, but the best VPNs use advanced technologies to keep latency at a minimum, ensuring you enjoy a streamlined web surfing session.

To check the pace of these VPNs, I used this speedtest app. I recorded their connection speed thrice a day and in three different locations (USA, UK, and Hong Kong), using Gigabit Ethernet, and the OpenVPN protocol.

Bear in mind that your speeds may differ depending on your ISP, your plan, and your location.

How Fast Are These VPNs?

I have to say, HMA was out for blood in this round, scoring an average download rate of 61.44MBps, meaning it’s suitable for 4K streaming and sharing relatively large files efficiently.

However, ExpressVPN didn’t just beat that speed, it straight-up blew it out of the water with an average of 106.78MBps. That’s fast enough for seamless 4K streaming, snappy file sharing, and even privacy-protected online gaming — nice!

I’m not going to hit you with any exact figures here, as VPN providers offer limited deals and alter their pricing all the time, but I’ll give you the general gist as it currently stands.

If you’re looking for a dirt-cheap service, I’m afraid you’re out of luck with our contestants here today, but they’re not exactly dear either.

Both providers offer monthly and annual subscriptions, with the latter being the best value for money option. HMA is slightly cheaper on both counts — we’re talking Disney+ monthly rates and Netflix yearly rates.

As the premium service at the minute, it’s understandable that you’d fork out a little more for ExpressVPN. Are you paying for the name rather than performance?

Perhaps a little, but the peace of mind that comes with a reputable product is definitely worth a couple extra bucks. Plus, ExpressVPN accepts anonymous bitcoin payments, enhancing the overall privacy of the service.

Let’s be honest, it’s like the freakin’ Wild West out there on the internet. You could be minding your own business, and out of nowhere, outlaw hackers hold you to ransom and steal your details out from under you. But with a strong VPN, you’re basically Billy the Kid — untouchable!

There are three questions we need to ask ourselves here:

For ExpressVPN, the answers are as follows…

Full marks to ExpressVPN! But what about HideMyAss?

Verdict - ExpressVPN all the way! 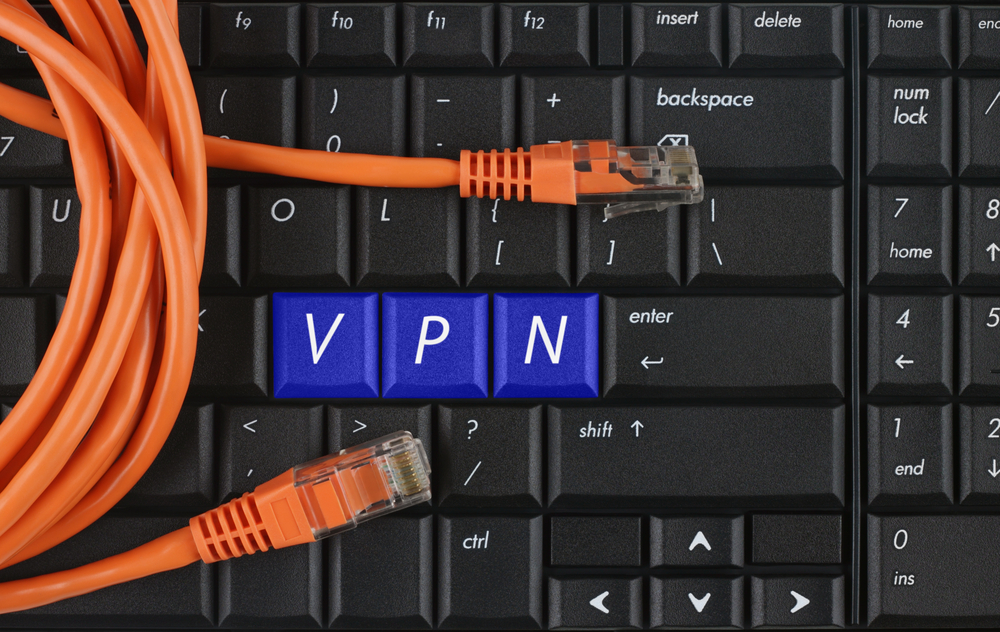 It’s looking pretty grim for HideMyAss at this juncture, but can it claw back some respect with a deep and effective feature set?

VPNs mask your data using encryption protocols, but they’re not all made equal. You can think of each protocol as a safe. Hackers are trying to crack the code or break in by force. The strgonger your safe, the more secure your valuables.

The service also boasts DNS and IPv6 leak protection, as well as a killswitch that pulls the plug on your connection should you experience a VPN drop.

HideMyAss employs AES-256 encryption too, but as SSTP is absent from their protocol list, it doesn’t offer quite as much flexibility.

That said, it does bring DNS/IPv6 leak protection and a killswitch to the table, not to mention an IP scramble feature that perpetually refreshes your IP address to keep you off the virtual grid.

Verdict - ExpressVPN has more protocols, but HideMyAss has a nifty IP shuffle feature, so it’s another draw on this count.

If you’re looking to protect yourself or people around you across a vast array of devices, you’ll need a VPN that offers multiple logins. This feature is particularly great for businesses and large households.

Our contestants both max out at 5 simultaneous connections, which is okay...not bad, not great.

You know when you try to use UK Netflix from the US, and it won’t give you access due to your location? That’s geoblocking. But strong VPNs can circumnavigate these locked spaces.

ExpressVPN really shines here, offering access to all the major streaming platforms, including Netflix, Disney+, Hulu, HBO, Amazon Prime Video, and BBC iPlayer (for all those who enjoy a gritty British drama).

All accounted for, ExpressVPN can be used to reach over 7 US-based platforms and over 7 international platforms.

HMA doesn’t exactly disappoint in terms of unblocking, as it grants access to some big names, including Netflix, Disney+, ESPN, and BBC iPlayer, but ultimately, it loses the numbers game. It can be used to reach 5+ US-based platforms and only 3 international.

Torrenting is another word for P2P (peer-to-peer) file sharing. Torrenting non-copyrighted content is usually perfectly legal, but laws regarding anything else vary from area to area.

Although here at LX Center we can’t condone breaking the law, it’s still always best to use a VPN while torrenting, so strong P2P support is a must.

While HideMyAss does offer support for torrenting, you’ll have to engage in a bit of server-hopping to find one that works. On the other hand, every single ExpressVPN server supports torrenting!

There are two important factors to consider when it comes to VPN servers, how many there are, and where they are.

A large server count means greater bandwidth and quicker functionality. The more places they are, the more likely you are to be physically near one, increasing connection speed, as well as offering more robust geo-unblocking facilities.

Verdict - ExpressVPN has the server premium, but HideMyAss has a better spread. It’s a draw!

Not all VPNs play nicely with all operating systems, so you’ll need to make sure whichever you choose is compatible with your device’s OS.

What’s more, ExpressVPN offers dedicated extensions for Safari, Firefox, and Chrome, which HMA does not.

VPNs are complex, widespread, multifaceted services, so things can and will go wrong, which is why strong customer service is essential.

That brings us to the end of our showdown, and I think it goes without saying that ExpressVPN absolutely stole the show.

The truth of the matter is, as soon as we hit the privacy section of the head-to-head, the result was set in stone. A virtual private network that logs and shares your data is a total contradiction and cannot be trusted.

It’s a shame because, on a lot of other fronts, HMA is a really strong and deep VPN service, but if it can’t bring it where it counts, any extra bells and whistles are kind of, well...redundant.

Let’s hear it for our winner, ExpressVPN!