There are so many VPNs on the market these days that it can be difficult to choose the right VPN for you. Throw in all the technical terms and specifications that make a VPN great and it can get even more confusing! 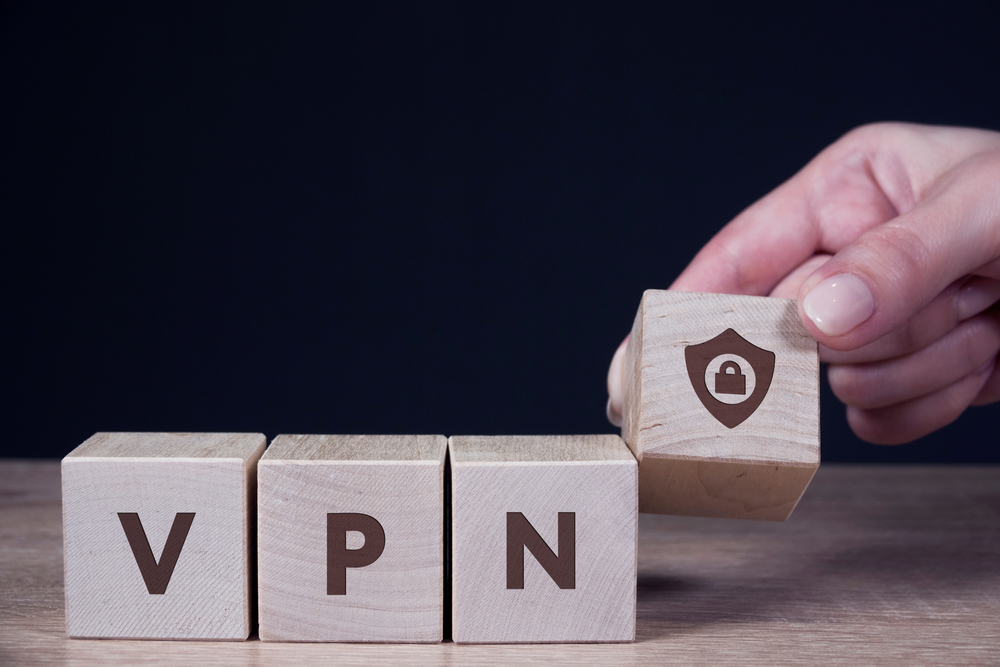 Unless you’re super into computers or have had some experience working with computer networking, some of the terms used to describe the features of a VPN you may have never heard of before.

Today we’re going to take a look at NordVPN and VyprVPN. We’ve chosen these two popular, highly-rated VPNs in order to narrow things down for you a bit. Below, we’ll discuss their features, what each feature does, and how these VPNs may affect your internet usage.

Before we get into specifics, let’s see why NordVPN and VyprVPN are so highly rated.

NordVPN has plenty of powerful security options, a large, expansive network, strong speeds, the ability to unblock geo-restricted services, and has absolutely no logging.

Meanwhile, VyprVPN has excellent privacy and security features, is a great choice for streaming, works in countries like China, and is inexpensive.

What Features Do They Offer?

NordVPN: Has 6 simultaneous connections, operates on Windows, Mac, Android, and Linux, and has split tunnelling on Android and iOS only. Free extras include automatic WiFi protection, ad-blocking, malware scanning, and browser extensions for Chrome and Firefox.

VyprVPN: Has 5 simultaneous connections, operates on Windows, MacOS, iOs, and Android, and has split tunneling on Android and MacOS only. The only free extra is automatic WiFi protection.

While VyprVPN has easy-to-use apps for all major platforms, NordVPN goes the extra mile and offers a command line-based installer for Linux systems as well as browser extensions for Chrome and Firefox.

These extensions only encrypt browser traffic however, and don’t secure any other applications.

Also, while both services let you automatically connect when using an unsecured wireless network, NordVPN is the only one that has a built-in malware scanner and ad-blocker.

With NordVPN you can also connect up to six devices at a time, whereas with VyprVPN you can only connect to five. This is still a very impressive number, but NordVPN has the slight edge.

Nothing beats NordVPN for unblocking geo-restricted streaming platforms, and can even unblock stubborn services like Netflix and Amazon Prime Video. However, not every server you connect to will be able to unblock Netflix.

If you try to access a regional library that NordVPN is unable to block, it will simply redirect you to Netflix US.

VyprVPN is no slouch in this department though. It unblocks plenty of popular services like ABC, BBC iPlayer, Amazon Prime Video, and ITV Hub.

Both NordVPN and VyprVPN have made their apps as user friendly as possible. VyprVPN’s desktop app has a simplistic design with a button on the home screen that lets you connect quickly, and you can find links to the settings page and server list at the bottom.

There isn’t a whole lot on the settings menu, but one great feature is the ability to sort servers by speed, country, and even region.

Meanwhile, NordVPN’s main page has a map and a list of servers on the left-hand side as well as a quick-connect button. The map markers can be close together though, meaning you have to really zoom in to find a specific country in somewhere like Europe.

Therefore, we recommend using the list of servers. You can also choose P2P and obfuscated servers from the main screen, which makes for an overall more convenient and secure experience.

VPN mobile apps are often lacking, but VyprVPN’s mobile app does all the desktop version does and more. One of its newer features is ‘Connection per app,’ which is more commonly known as split tunneling.

This lets you choose what apps you want to be protected by the VPN, which comes in handy when you have a slow internet connection and you only need traffic from a messaging app or browser to be secure.

NordVPN also has an almost identical mobile app to its desktop version, although the server list is pushed downward and the map takes up most of the screen.

But you can still scroll down to access the server list, and speciality servers can be found in their own category at the top of the screen.

You can find all the main security features on the mobile app, including a kill switch, malware-scanner, and split tunnelling which isn’t available in the desktop app.

How Well Do They Perform? 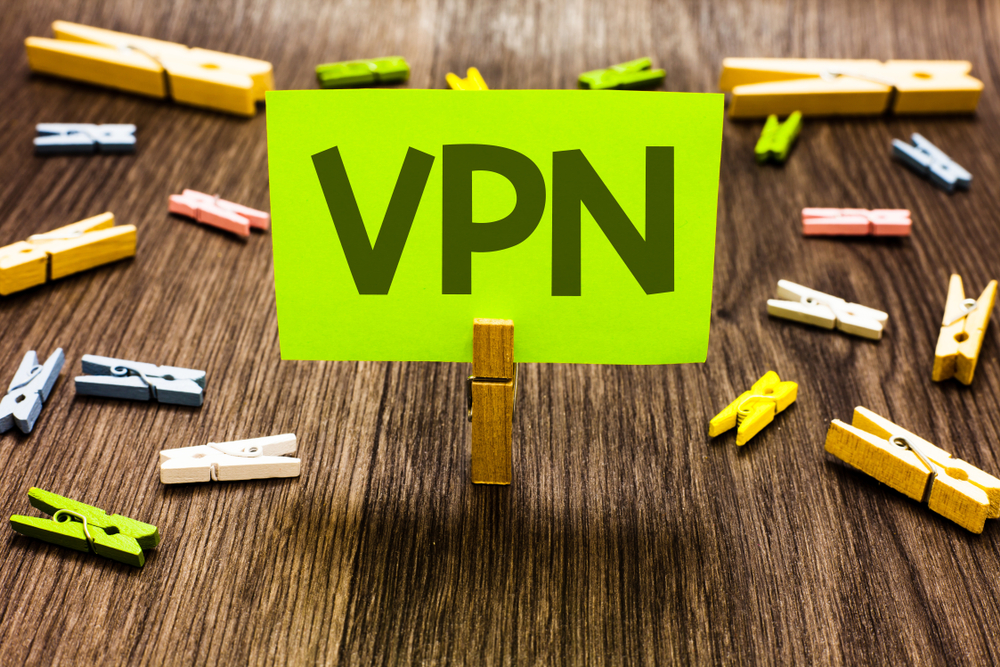 VyprVPN: Has servers in 64 countries, and over 700 servers.

What’s interesting about the above figures is that NordVPN has many times more servers than VyprVPN, yet it covers fewer countries.

But because VyprVPN doesn’t reveal how many of its servers are in each location, it’s unknown how heavily it leans towards high-traffic areas like the US, or how fast it will be during peak times in smaller countries.

So while either VPN would be fast enough for live HD streaming, NordVPN may struggle with 4K video or if there are multiple people all trying to stream whilst connected.

What makes VyprVPN’s server availability even more interesting is that it has servers in places that no other VPN does. For example, it has a server available in the Marshall Islands, a country with a population of around 58,000.

Virtual servers give you an IP address in a particular country, without you actually having to be in that country. Virtual servers free VyprVPN of regional laws and means they can safely offer connection to servers without worry of government interference.

Plus, virtual servers are less expensive to run.

However, this isn’t without its issues. Your server may be in a country with stricter data-retention or surveillance laws, and may not be as secure as other locations. Plus, there is no way to know which server is virtual and which is not.

However, VyprVPN has a no-logging policy, which does give some peace of mind.

How Secure Are They?

NordVPN and VyprVPN are both able to connect via OpenVPN protocols (TCP and UDP), but VyprVPN also lets you use the much faster IKEv2, and its own, much more secure, Chameleon protocol.

NordVPN does technically allow IKEv2 connections, but these need to be set up manually.

While they use different kinds of encryptions, both VPNs are impossible to crack. NordVPN does have 4096-bit RSA keys which are a bit more secure than VyprVPN’s 2048-bit keys.

Furthermore, NordVPN lets you select which apps you block your connection to, which is useful for preventing interruptions when downloading.

NordVPN also uses an Obsfsproxy-based cloaking mechanism that basically changes how your data looks, so it doesn’t look like encrypted traffic. Some networks can tell if you’re using a VPN by these telltale signs, but NordVPN eradicates any suspicion.

Meanwhile, VyprVPN uses a cloaking feature that is built into its aptly named Chameleon protocol.

VyprVPN is naturally close-lipped about how the Chameleon protocol works, but we think the name speaks for itself, making it so your encrypted traffic blends in with unencrypted traffic.

How Private Are They?

Both NordVPN and VyprVPN are rated highly for privacy, and this is unsurprising given where these VPNs are headquartered.

NordVPN is based in Panama, which has no mandatory data-retention laws. Meanwhile, VyprVPN operates in Switzerland, which has some of the strictest privacy laws in the world.

Both NordVPN and VyprVPN store no logs, and with NordVPN you can even sign up to the service anonymously by paying with cryptocurrency. They currently accept Bitcoin, Ethereum, and Ripple.

In our opinion, NordVPN has the edge over VyprVPN. It unblocks far more services and has a huge number of servers, making it ideal for streaming. It also has a wider range of supported platforms than VyprVPN, as well as more advanced security features.

Not to mention you can easily obtain a static IP address from NordVPN if you wanted. NordVPN is a versatile and low-cost VPN for those who want to torrent, stream, or browse securely across a number of devices.

However, VyprVPN shouldn’t be underestimated. It’s fast, able to unblock a wide range of geo-restricted services, and takes user privacy very seriously. It’s definitely one of the best VPNs out there, with an enormous network and affordable prices.