If you are on the hunt for the perfect VPN, then you probably will have considered both NordVPN and ProtonVPN. Both of these providers are huge names in the VPN and internet privacy sector, and they are some of the best VPN providers on the market. 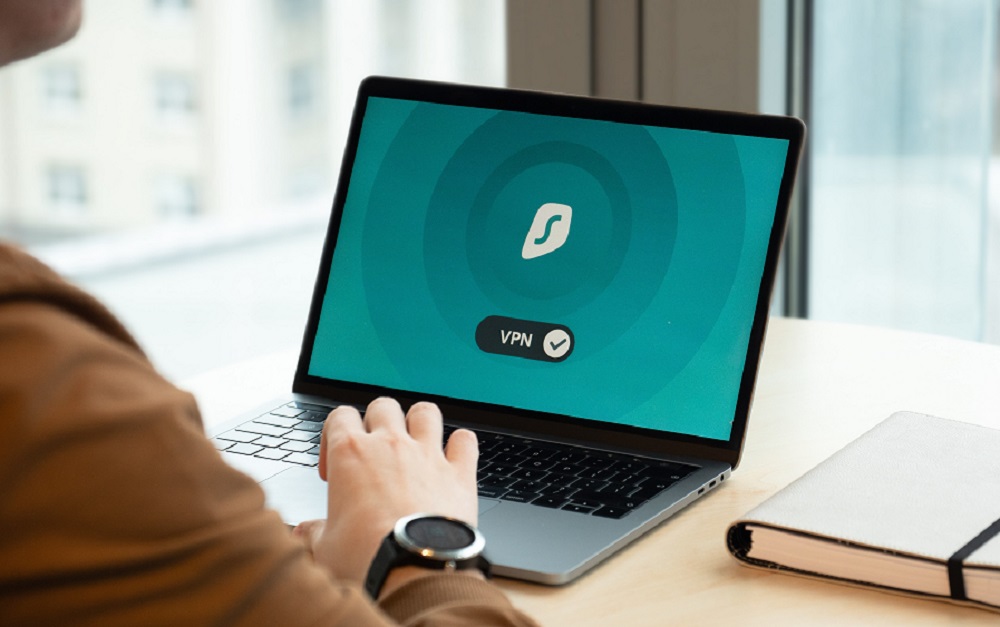 But, out of these two options, which is the best?

Both NordVPN and ProtonVPN are both very popular, but when you compare the two, there is one that clearly outperforms the other in almost every single way.

Of course, which is the best option for you will depend on your wants and needs, but in our opinion there is one clear winner in this comparison.

In this ultimate guide, we will be taking a look at exactly what NordVPN and ProtonVPN are, and where they come from. Additionally, we will be comparing the two to come to a conclusion about which is the best. So, to find out, keep on reading.

Out of the two VPNs that we will be looking at, it is more likely that you have heard of NordVPN. NordVPN is one of the biggest names in the VPN market, and this is mainly because it is part of NordSec.

With privacy as a huge focus for this company, they are based in Panama, where privacy is massively important. Where they are based alone, is enough to give NordVPN the edge.

This service was first released in 2012, and can be used on all major operating systems. So, that is NordVPN covered, let’s take a look at ProtonVPN.

Of these two VPNs, you are a lot less likely to have heard of ProtonVPN. This is primarily because ProtonVPN is a much newer creation. ProtonVPN is created by the same team that produces ProtonMail, and is a smaller sector of the parent company, Proton Technologies.

Unlike NordVPN, ProtonVPN is based in Switzerland, but Switzerland offers the same privacy jurisdiction as Panama, so these services are similar in that way.

ProtonVPN was first released in 2017, and has undergone many updates since then, which is why it is lesser known than NordVPN. But now that we have covered these two services, it’s time to compare them.

Undoubtedly, one of the most important things to consider when it comes to VPNs is encryption and security. So, when comparing these two VPNs, it seems like the best place to start. First, let’s take a look at the encryption these two services offer.

NordVPN uses the protocols that NordLynx and OpenVPN use, and is occasionally supported by IKEv2, depending on the operating system you are using. For encryption, they use AES-256-GCM, alongside ChaCha20 ciphers and 4096-bit DH keys.

ProtonVPN uses the same protocols, but is supported by HMAC SHA-512 authentication instead of ChaCha20 ciphers and 4096-bit DH key.

In terms of security audits, ProtonVPN has only undergone an internal security audit. In contrast, NordVPN has been through at least 3 external audits, all of which have proven excellent results. So, in terms of encryption and security, NordVPN wins.

Next, let’s take a look at one of the most popular reasons why people now use VPNs, and that is for streaming.

Some streaming services have gotten smart about this, and have attempted to use geo-blocking technology to prevent people from accessing services from the ‘wrong’ location. But some VPNs can still do the job, so let’s take a look at how NordVPN and ProtonVPN perform.

Sadly for ProtonVPN, they really cannot compete with NordVPN. While they offer a good VPN for streaming, they are totally outperformed by NordVPN.

NordVPN has the fastest network of all the VPNs, and it is ranked the best VPN for use with Netflix. However, this VPN is not exclusively good with Netflix, it is also good with Disney+, BBC iPlayer, Hulu, and lots more. Based on this, it is clear that, once again, NordVPN wins. 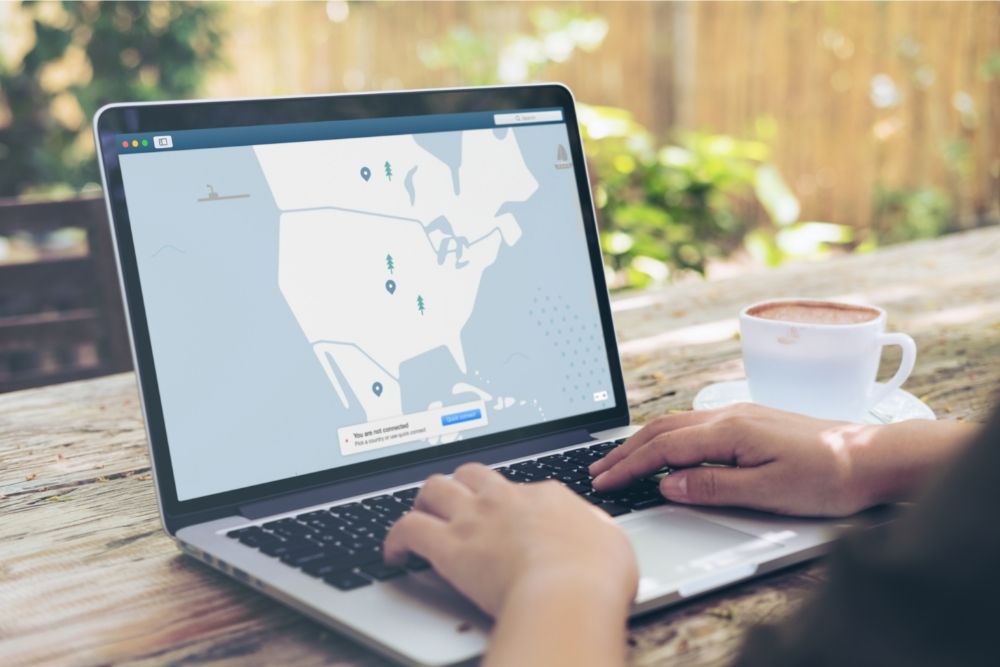 Another major reason why people use VPNs is to protect their privacy. As privacy is vitally important for VPNs, you will be pleased to hear that both services have never been accused of privacy violations (at least not on record), and both do not hold data logs (this is in their policy).

NordVPN holds no record of targeted data logging, and they are located in Panama, which has better privacy and data laws than Switzerland. ProtonVPN is, of course, based in Switzerland, and because of this their privacy is slightly different from that of NordVPN.

Switzerland is home to data retention laws, so this is a major drawback for ProtonVPN.

If you have experience using VPNs, then you will know that the main drawback of them is that they can slow down your connection.

VPNs have to do a lot of work to protect your privacy, and because of this, some less popular VPNs will significantly slow down your connection. So, speed is another important factor to consider.

As you will probably expect from the way that this review is going, NordVPN is the faster option of the two. The difference in speed between these two is by no means minor, in fact, NordVPN is significantly faster than ProtonVPN, even when location is taken into account.

You might struggle to comprehend why NordVPN is so much faster than ProtonVPN, but this is because of the protocols that it uses. NordVPN utilizes WireGuard VPN protocol, which is one of the best performing protocols used on the market.

Once again, this is a category where ProtonVPN simply cannot compete with NordVPN, so once again, NordVPN wins.

Both ProtonVPN and NordVPN offer basic (free) services and premium (paid) services. The features that you will get out of the service will depend on the version of the service that you are using. So, let’s take a look at some of the features included in these services.

ProtonVPN has a network that spans around 1,050 servers, which are spread across 54 countries.

If you know a fair bit about VPNs, then you will know that this is a fairly small network, and you will probably come to understand this based on everything we have learned about ProtonVPN so far.

With a paid ProtonVPN subscription, you will have access to features including: kill switch, DNS leak protection, network reconnection, and split tunneling.

NordVPN is a little more advanced than ProtonVPN, and this is partly because it is part of a much larger network.

NordVPN includes all the basic features that were included in ProtonVPN, but it also includes advanced privacy features on top. These features include the fact that this service supports devices such as Android TV, Raspberry Pi, and gaming consoles.

This is just a handful of the ways that NordVPN outperforms ProtonVPN in this category, so NordVPN wins.

Finally, let’s wrap this up by looking at the costs of these services, and the value of what you pay for. Costs are constantly fluctuating for services like these, so we are not going to look at exact figures. But, let’s take a look at the price of these services.

Both NordVPN and ProtonVPN offer different payment plans for their services. NordVPN offers a 2-year, 1-year, and 1-month plan. If you subscribe for a longer plan, then your monthly cost will be significantly less.

ProtonVPN is slightly different because they offer 4 different payment plans: free, basic, plus, and visionary. For this, the monthly cost of the service increases depending on the features that you want included in your plan.

Conclusion: Which Is The Best?

Based on this review, there really is no question as to which VPN is the best. In almost every category, NordVPN has come out on top, and it is clear to see that they simply have the edge on ProtonVPN.

NordVPN is one of the best VPNs in the world, and there is a reason for this. So when it comes to NordVPN vs ProtonVPN, NordVPN is the winner.