Securing your data, whether it’s personal or for a company, has never been more important. In the modern world, ransomware attacks and phishing scams are more and more prevalent so you must take additional precautions when browsing the web and different websites. 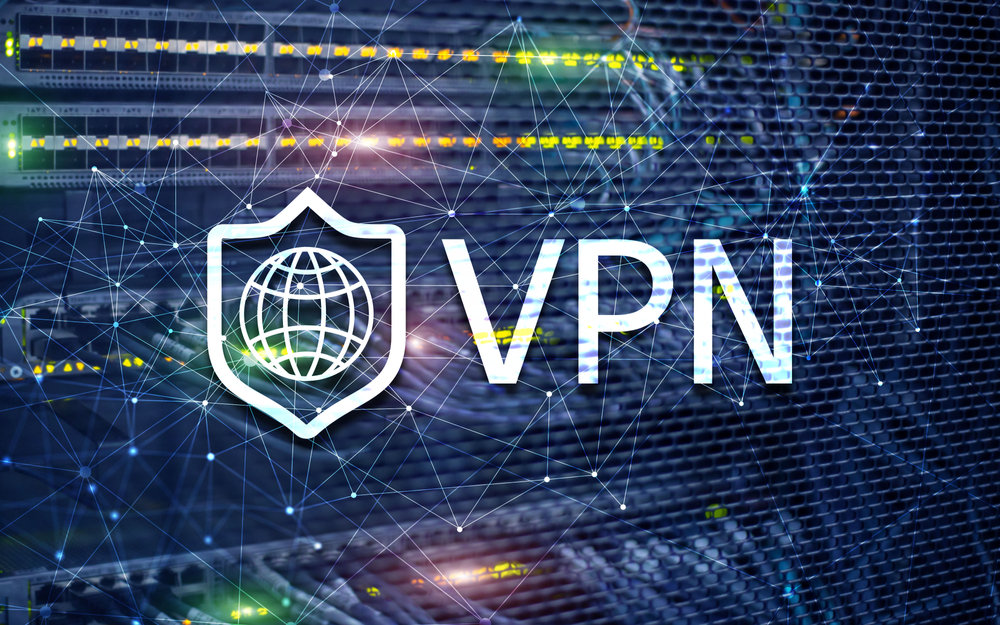 Fortunately, VPN (Virtual Private Networks) have come to the fore and provided that additional blanket of privacy and security for online users.

Two leading VPN services are NordVPN and PureVPN. However, it’s hard to argue against the fact that NordVPN is the bigger and more recognizable name of the two. But, this doesn’t necessarily mean it’s the better of them, does it? Well, we are here to find out.

In this article, we will be comparing and contrasting both NordVPN and PureVPN to see which comes out on top and which suits your preferences best.

We will be comparing the speed, security, functionality, and more, so you can make an informed decision on which will suit your needs better.

While both offer business-facing options if you require protection for your company, it can be hard to decide which one you should choose. Let us do the work for you as we see NordVPN and PureVPN go head to head in the battle of the VPN providers.

When it comes to speed, it is quite a well-known fact (in the world of VPN users anyway) that NordVPN rarely disappoints.

Thanks to its in-house NordLynx protocol, the speed decreases by only 20% or sometimes even less. This allows you to enjoy a better browsing experience. It’s almost as if you’re not using a VPN at all!

When we consider PureVPN, it doesn’t quite meet the standards of NordVPN’s protocol. Nothing stands out as innovative and, unfortunately, it doesn’t support the super-fast WireGuard tunneling protocol that NordVPN does.

Because of this, we were only able to perform a speed comparison of these two VPNs using the IKEv2 protocol and the OpenVPN UDP.

IKEv2 tends to be faster than any version of OpenVPN. However, it doesn’t offer as much stability. As you can see from the results above, NordVPN gave a much better performance of the two when IKEv2 was in use.

NordVPN allows you to choose this protocol with its iOs, Windows, and macOS apps. PureVPN, on the other hand, is available on its Android app.

Between OpenVPN’s two versions, its UDP variation is the fastest but less stable. And, as you can see, NordVPN triumphed once again over PureVPN.

It’s quite clear that NordVPN comes out on top with each speed test and in terms of the selection of the tunneling protocol. Round one goes to NordVPN.

Many of us use VPNs for streaming our favorite movies and TV shows online that are not available in our respective countries.

However, it can be quite a struggle at times as VPNs are constantly battling against different streaming platforms. One day the VPN may work perfectly and the next, it could be blocked.

Fortunately, NordVPN has a rich history of unblocking different streaming sites. It excels each time it opens content from US Netflix for viewers abroad.

It can also unblock BBC iPlayer, geo-restricted videos on Youtube, and DAZN UK but not currently the US version. NordVPN also provides SmartPlay technology, allowing you to watch geo-blocked content on various devices that don’t even support VPNs.

PureVPN also offers a smooth experience when using Netflix. It successfully unblocks the US Netflix library for other countries to enjoy as well as BBC iPlayer, geo-restricted Youtube videos, and DAZN UK.

However, PureVPN falls short as it does not offer a SmartDNS feature. Furthermore, some users have reported that Netflix pages do not always load when the VPN is being used.

While there isn’t much to choose between the two VPNs in terms of their streaming capabilities, NordVPN pinches first place due to the lack of a SmartDNS feature and slight loading problems with PureVPN. 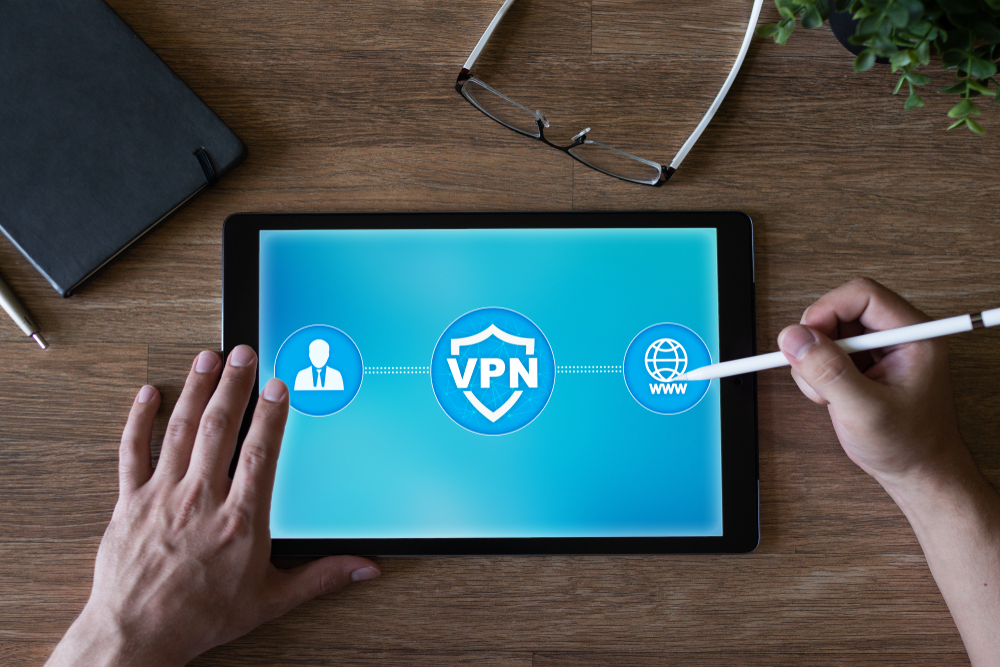 Both NordVPN and PureVPN are very good when it comes to torrenting. They both offer unlimited bandwidth as well as allowing P2P connections. Nevertheless, NordVPN offers additional dedicated services for torrenting.

NordVPN also includes a free SOCKS5 proxy which you can set up on your favorite torrenting client. You must keep in mind, however, that when you use a proxy, your connection will not be encrypted but your IP address will remain hidden.

Although encryption is not supported, SOCKS5 allows you to torrent at a much better speed than otherwise.

Due to this addition, NordVPN once again wins this round.

The features of a VPN service can make or break many decisions. Of course, some users require more features than others but this is generally a huge actor for advanced users.

The good news is that both NordVPN and PureVPN have something to offer in terms of features. For instance, PureVPN supports port forwarding whereas NordVPN supports SmartDNS, protection against malware-rich websites, and special servers.

Unsurprisingly, NordVPN has a few more features than PureVPN. But, let’s take a look at some of these features in more detail.

Split tunneling is not an advanced feature like it once was. This simply allows you to choose programs and websites that are using the VPN. This is if you don’t mind all of your traffic not being fully secured.

Now, we move on to port forwarding which is only offered by PureVPN. There is a catch, though, as it is not included in their main subscription and comes at an extra dollar per month.

Although technical to set up, this feature allows you to remotely access a device that is connected to your network, whether it’s a security camera or a laptop. It’s also useful when you want to host a website or set up some sort of gaming server.

The SmartDNS feature of NordVPN allows users to watch Hulu, Netflix, HBO Now, as well as other streaming services on devices that can not support VPNs.

This feature is usually known as SmartPlay with other VPN services. It’s worth noting that SmartDNS does not encrypt your traffic but it does allow you to access geo-blocked content in differing ways to VPNs.

Then there are specialty servers. NordVPN offers various categories of specialty servers for different uses such as double VPN servers that provide protection of two separate VPN connections.

They also allow you to reroute your connection through your Tor network. Also offered are obfuscated servers that help show VPN traffic show up as regular traffic.

This is very useful in countries such as China where censorship is very strict. P2P servers are also included and these are especially useful for torrenting.

Although PureVPN does not offer the selection of specialty servers that NordVPN has on show, it does provide four modes with varying levels of security and speed. These are:

These are all very useful features for a secure and private connection to the web.

CyberSec is another feature that NordVPN offers. This prevents you from accessing blacklisted malware-infested websites. When you try to access such a page, NordVPN will instantly notify you and prevent you from entering the page.

This also works well as an adblocker but if you wanted to, you can disable this feature at any time.

As you may have guessed, the advanced features of NordVPN see it take this round once again.

Some of the security aspects of NordVPN and PureVPN are the same or very similar such as their choice of encryption and tunneling protocols. However, NordVPN is the better option for those who value their security and privacy more.

On top of this, NordVPN’s privacy policy was audited twice and it offers one of the top tunneling protocols in the form of NordLynx.

Between the giant service provider of NordVPN and the lesser-known PureVPN, there was always going to be one clear winner.

Taking everything above into consideration, as well as the jurisdiction, logging, and ease of use of both, NordVPN wins every category and is the superior choice for those who value security and privacy above everything else.