As technology continues to develop at an alarming rate, Virtual Private Networks (VPNs) are becoming increasingly more popular. They provide access to geo-restricted content and help to keep important personal information safe and secure when browsing the internet. 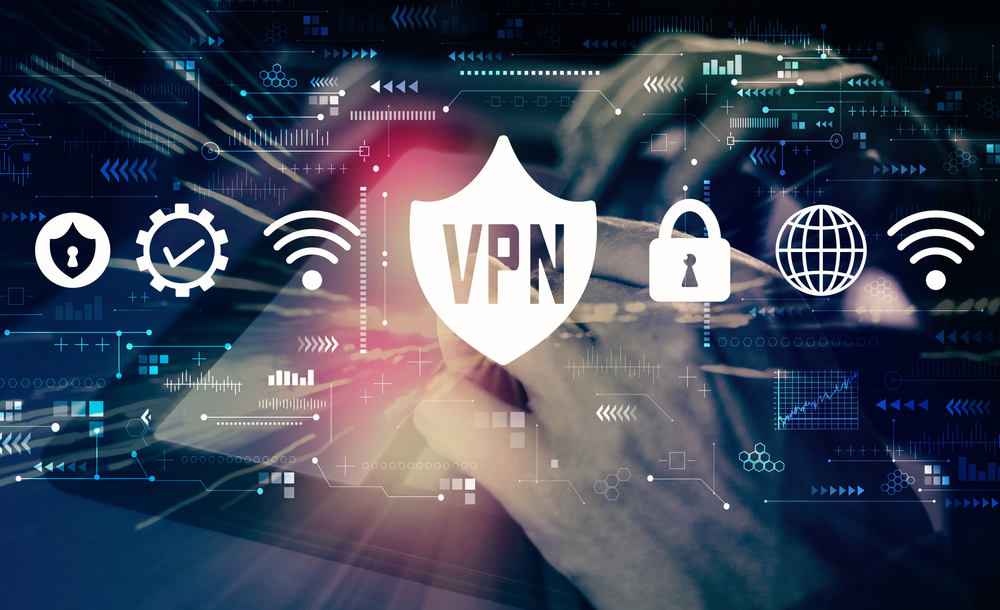 NordVPN and Surfshark are two of the leading VPN players on the market, offering excellent value for money. NordVPN provides everything you want from a VPN plus some useful extra features, meanwhile Surfshark is a little less well-known, but equally as effective and reliable.

This guide will take a detailed look at the main similarities and differences between the two popular VPN services, focusing on important areas such as performance, security, streaming, and much more.

NordVPN offers a one-month plan at $11.95, but some fantastic discounts on longer-term plans. If you’re willing to commit to paying for two years of service, you can get an incredible rate of just $3.71 per month. What’s more, their two-year deal also includes an extra three months free.

Surfshark’s one-month plan is priced similarly at $12.95, but again, if you’re willing to pay up front and sign for longer, Surfshark offer substantial savings. Their two-year plan stands at an unbeatable $2.49 a month - which tops the list of cheapest high-quality VPNs.

Both VPN providers also offer a 30-day money back guarantee, which gives you peace of mind when making your final decision.

NordVPN and Surfshark share many of the same standard features like unlimited bandwidth and a global server network.

Despite these similarities, there are notable differences between the two providers that are worth taking note of. For example, NordVPN has one of the largest VPN networks on the market with over 5,400 servers to choose from across 59 different server countries.

Meanwhile Surfshark has significantly less with around 3,200 in 65 countries.

Moreover, NordVPN offers a useful ad-blocker and malware-protection system called CyberSec which can be turned on quickly within the app.

The only feature Surfshark outperforms NordVPN is in device connections. Using Surfshark, you can connect an unlimited number of devices at once, whereas NordVPN only supports 6 connections at a time.

Overall, both services provide a range of useful features that will be sure to satisfy your VPN demands. However, if you have to pick between the two, NordVPN is far superior in areas such as coverage and security.

For many people, the most important consideration to take into account when looking for a suitable VPN is the quality of its day-to-day performance. After all, if your connection is reduced to a slow crawl, there isn’t much point being connected at all.

Surfshark offers an impressive, speedy service around 114 Mbps and an average time of two seconds to initiate server connection.

On the other hand, NordVPN is marginally quicker with an average speed of 115 Mbps. It’s worth keeping in mind, however, the provider does take longer than Surfshark to initiate server connection.

Despite these differences, there’s very little between the two in terms of speed and performance. Therefore, realistically, both NordVPN and Surfshark are great choices for those who prioritize speed over everything else.

One of the most popular reasons people consider investing in a VPN is to access geo-restricted streaming sites.

Both NordVPN and Surfshark are up to the challenge in this respect, as they provide excellent streaming access to all of the main streaming platforms, including Netflix, Amazon Prime Video, BBC iPlayer, and Hulu.

The main difference between the two is the fact that Surfshark fails to provide access to several streaming platforms such as Sky, Vudu, and SHOWTIME. NordVPN, on the other hand, supports all three. 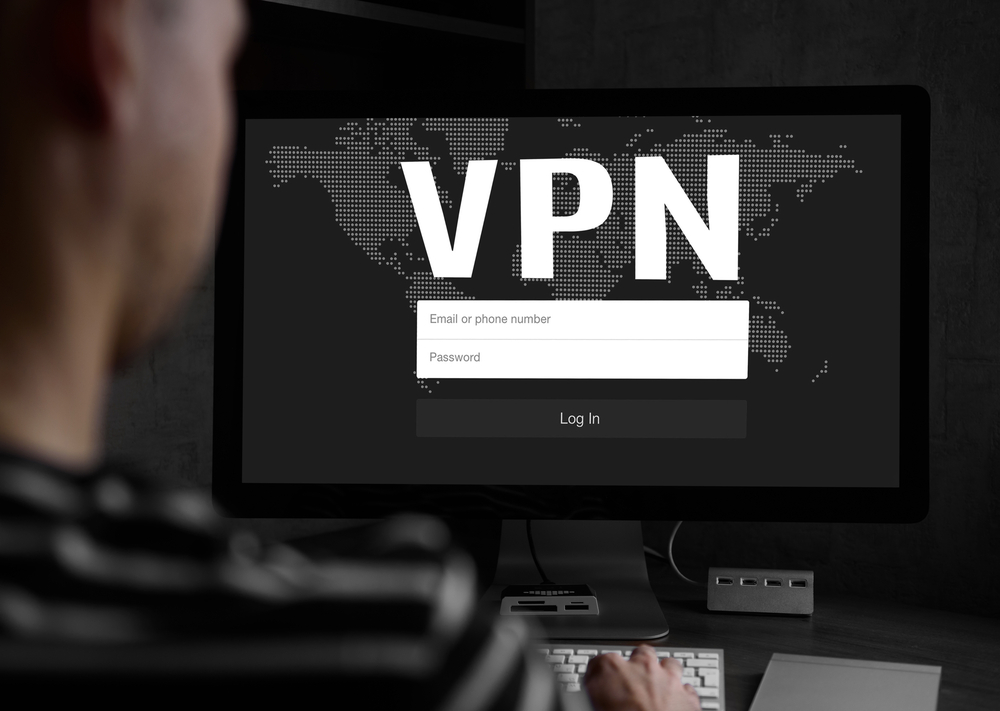 Surfshark delivers an impressive range of security features, including support for OpenVPN, TCP, UDP and IKEv2 protocols, alongside AES-256 encryption and a handy kill switch to give you full protection if your connection drops off.

For extra security, Surfshark also has a double-hop feature (routing through two different VPN servers) and split tunnelling. Just be mindful that split tunnelling is only currently available on Windows and Android.

For NordVPN, they provide protocol switching, top-notch encryption and a kill switch.

Furthermore, they also offer a range of unique features such as ‘Onion over VPN’ which routes your connection over the Onion network, as well as Nord’s proprietary high-speed protocol, NordLynx.

While both VPNs make it extremely straightforward to safely access all the essentials most users will need, NordVPN just has the edge with their extra functionality for those who’ll actually use it.

If you regularly engage in unprotected torrenting activity, you’re exposing your IP address to all the users you’re sharing your files and information with. This is why a VPN is the ideal solution - with both Surfshark and NordVPN providing excellent P2P functionality.

Surfshark makes torrenting extremely straightforward as it automatically connects you to a suitable server whenever it detects P2P activity. The average torrent download speed for Surfshark is 95.6 Mbps.

In contrast, NordVPN - which has an average torrent download speed of 74.6 Mbps - doesn’t support P2P sharing on every single one of its servers.

Despite this, it can detect if you’re torrenting, and will automatically switch you to a server that does support it. What’s more, you can also choose a P2P-friendly server from the get-go and there’s a handy kill switch there too.

While both NordVPN and Surfshark perform admirably, if you’re an avid P2P-er then it might be worth checking out ExpressVPN which is widely considered the best all-round VPN for torrenting.

Both providers claim not to keep logs, and are located in countries that don’t demand the storage of user data - Surfshark in the British Virgin Islands and NordVPN in Panama. Needless to say, this is a good start, but it’s important to take a look at some of the proof to back up these claims.

NordVPN had its claims of zero-logging fully verified by Price Waterhouse Cooper in 2018. It was found that the service kept no IP addresses, traffic logs, or connection logs of any kind.

Surfshark also undertook an audit in 2018, however it was far more limited in scope with the examination solely focused on the VPN’s browser extensions. A full audit of the main software is required to ensure full compliance with the no-log policy.

Having good support is a major bonus for VPN customers, as things will invariably go wrong from time to time. Both NordVPN and Surfshark excel in their customer service with a deep and detailed range of tutorials, guides and troubleshooting material.

If you can’t find the answer from this material, both services also provide 24/7 support through live chat or email. So, whichever VPN you decide to choose, you’ll be in supportive hands.

As this guide has shown, there isn’t a lot separating NordVPN and Surfshark in terms of their performance.

The best VPN all depends on your individual needs. If you’re looking for a high-speed service with the best access to streaming sites and marginally better privacy credentials, then NordVPN is the best choice for you.

However, if you’d rather spend as little as possible and still get your hands on a full-featured VPN with an unlimited number of device connections, then Surfshark is the best option.

Either way, NordVPN and Surfshark are two of the finest and most reliable all-round VPNs on the market, and you’ll be pleased with whichever you end up deciding upon.

Can I Trust Surfshark?

As this guide has explained, Surfshark is incredibly safe to use with a host of strong security features that many other popular VPNs don’t provide.

Yes, there are still some areas to improve such as their relatively small server network, but all things considered, Surfshark is up there with the very best VPN providers on the market.

Police are unable to track live, encrypted VPN traffic. However, if they have a court order, they can go to your internet service provider (ISP) and request connection or usage logs. Since your ISP is aware of the fact that you’re using a VPN, they can direct the police to them.

NordVPN is owned by Tefincom S.A., a Panama-based company. The service, therefore, is subject to the laws of that country. This also means for users of the VPN provider that it isn’t under the watchful eye of a 14-eyes country.