You’ve probably heard of someone talking about “Tor” before, and it’s usually discussed in relation to the dark web, but this isn’t its only use. The word “Tor” is an acronym for, “The Onion Router.” The Tor Project is a non-profit organization that is bizarrely supported by and funded by the US government.

The Tor Project's major goal is confidentiality; they want people to be able to use the internet and express themselves without fear of government repercussions. The Tor network, which maintains secrecy via "onion routing," is the Tor Project's most notable product. 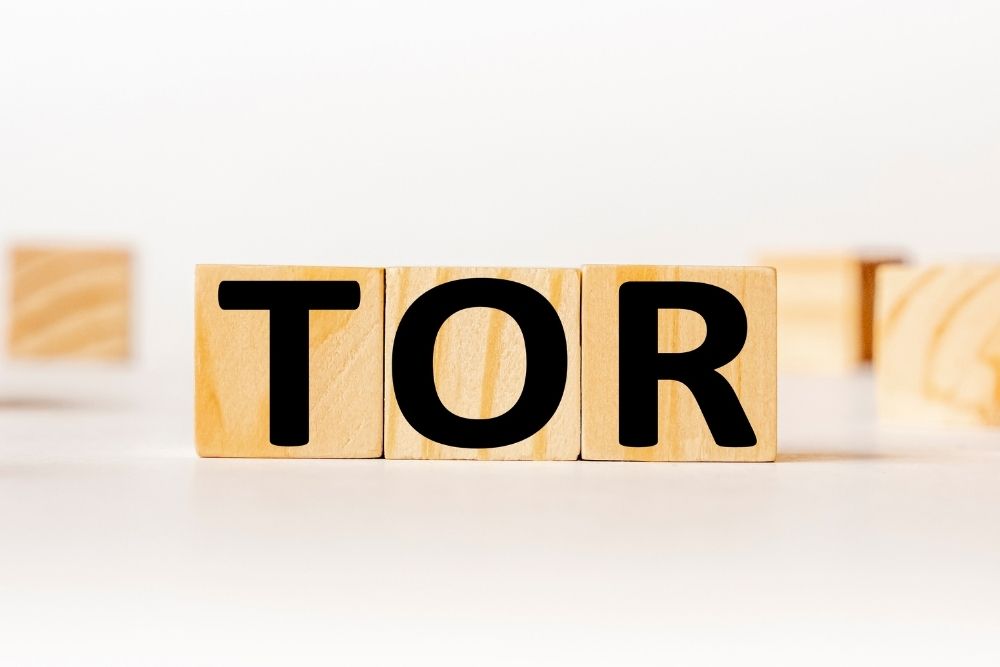 How does Tor work?

When you browse a website, your computer establishes a direct TCP connection with the server.

Anyone with access to your internet could view the TCP packet. They can determine the website you are visiting as well as your IP address. As well as the port to which you're connecting. No one will know what the message said if you use HTTPS. However, often all an adversary needs to know is who you're working with.

When you use Tor, your computer never communicates directly with the server. Tor builds a twisted channel through three Tor nodes and sends data along that path.

Tor's underlying idea is onion routing, which is a technology for anonymous and secure communication across a public network. Messages are enveloped in numerous layers of encryption in onion routing.

Each layer in Tor is an encryption layer; you are adding levels of encryption to a Tor message rather than just one layer of encryption. Because it creates layers at each stage, it is named The Onion Routing Protocol. The resulting onion (completely enclosed communication) is then routed across a network of onion routers, with each computer peeling away a layer.

Because each node in the network is only aware of the preceding and following nodes in the path, except the initial node, which knows who the sender is but not the final destination, the original author is still anonymous.

What is Tor good for?

Tor is beneficial to anyone who wishes to keep their online activities private from advertising, ISPs, and websites. This includes persons attempting to circumvent censorship regulations in their country, those attempting to conceal their IP address, and anyone else who does not want their browsing habits to be linked to them.

The Tor network can also host web pages that only other Tor users can access. In other words, you've entered the Dark Web, or sites that aren't indexed by the standard crawlers you use to look for beautiful animals, items to purchase, and trivia answers.

On the Dark Web, you may find anything from free textbooks to narcotics, and worse, as long as you know the secret URL that sends you there. So, be careful.

Are there any downsides to using Tor?

While Tor may assist in concealing the fact that it was your computer that made the first request to, say, visit some dubious internet forum and perform all sorts of bad things, it will not assist you if you create an account on that website.

And if that account is ever linked to unlawful activity, money, or real-world addresses, it makes no difference which browser or anonymizing technology you use to access the site. After all, you won't be able to hide very well.

That isn't everything. Many of the ways you'd use a regular web browser could reveal your identity on Tor—or, at the very least, leave enough breadcrumbs for a devoted individual to figure out who you are. On the Tor website, they state:

“Tor Browser will block browser plugins such as Flash, RealPlayer, Quicktime, and others: they can be manipulated into revealing your IP address. Similarly, we do not recommend installing additional addons or plugins into Tor Browser, as these may bypass Tor or otherwise harm your anonymity and privacy.”

Tor's underlying concepts, especially onion routing, were created by the US government in the 1990s. It was originally intended to safeguard US spy organizations’ communications across the Internet. The initial Tor code was released by the United States Naval Research Laboratory under a free and open-source software license, letting other people and organizations use it and add to it.

Tor and the Tor Browser have been maintained by a non-profit organization called The Tor Project since 2006. Corporations such as Google, as well as NGOs such as Human Rights Watch, among others, provide financial support.

Do I need to use Tor?

Tor is better than nothing if you don't have a VPN, but we don't recommend using it to sign into any services, especially banking ones. You still don't know who owns the many nodes in your relay, including the crucial exit node; I'd rather trust my connection through a single-source VPN, even if you're still passing your data through another company.

In other words, if you don't need to be anonymous, don't bother with Tor. Tor is also not a good option if you want to remain anonymous because you're downloading enormous files and don't want people to see what you're doing.

Don't be the guy that causes everyone else's traffic to slow down for no reason. Also- equally essential, you may not be completely anonymous. In this scenario, just a VPN will suffice.