A VPN protocol is a set of code instructions that can be used to establish a secure and encrypted connection between a user's device and a VPN server. While there are numerous protocols available, selecting the correct tunneling protocol is critical because security and safety on the internet rely on it.

The level of security provided by a VPN is determined largely by the tunneling protocol that's used. 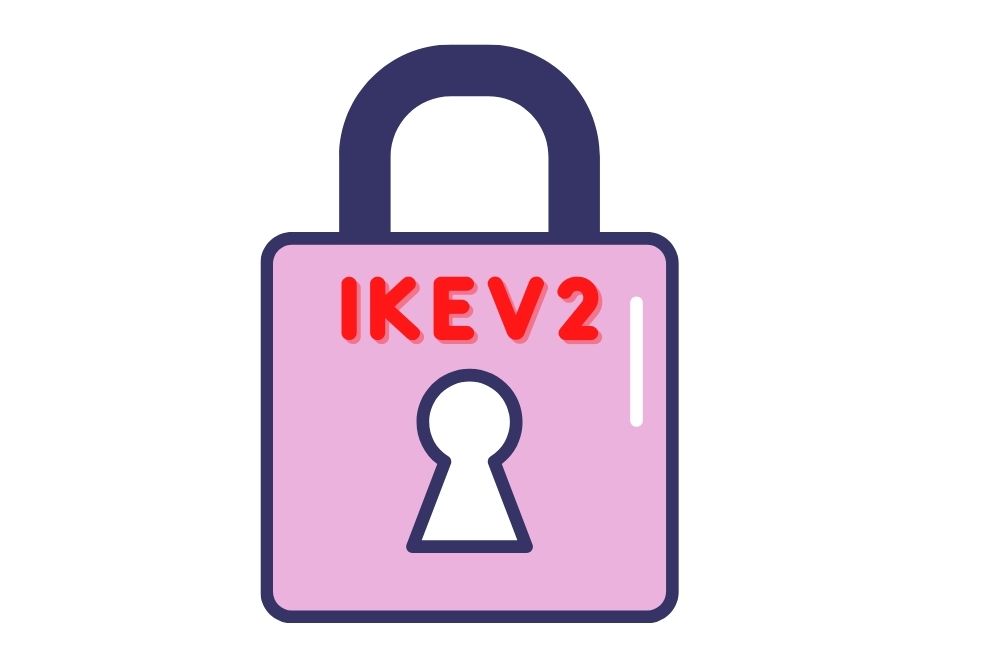 What is Ikev2 Protocol?

Internet Key Exchange (IKE) is an IPSec-based tunneling protocol that provides a secure VPN communication channel and establishes a safe method of negotiating and authenticating IPSec security associations. The first version of this VPN protocol, IKEv1, was released in 1998, and the second, IKEv2, was released seven years later.

Many people prefer IKEv2 due to its speed, safety, stability, rapid reconnection, and minimal CPU usage. It is a good choice for mobile phone owners, particularly those who use iOS devices.

The protocol here authenticates both the user's device and the server before deciding on which encryption method to use for both.

The protocol provides extremely strong security. It is compatible with a wide range of encryption algorithms, including AES 256-bit. Other encryption ciphers are also supported. As a result, its armament is strong and dependable in terms of security.

It is common for protocols with higher levels of security to operate at slower rates. This is not the case with IKEv2/IPSec. Despite its strong security protections, it is quite fast. It does not cause the user to lag or slow down.

You can use this protocol to encrypt all of your data while still performing high-end applications like streaming, gaming, and torrenting.

The protocol is mobile device compatible. While it is configurable on other operating systems, it is the best protocol to operate on a mobile device. It's no surprise that iOS prefers it as its default protocol.

The IKEv2 is simple to set up and operate. The instructions it offers are clear and sufficient to do the task. It is quite unlikely that a user will get the entire thing wrong after visiting Settings and following the instructions.

There are a few security problems with the protocol that have been discovered. The first is the risk of getting hacked if the password is weak. This is a user error that is easily resolvable.

The second is the NSA's use of the ISAKMP. According to a leaked NSA presentation, the NSA successfully encrypted IPSec traffic using IKE and ISAKMP. While nothing has been confirmed, it’s probably better to be safe than sorry.

Because IKEv2 only uses UDP port 500, it is vulnerable to being blocked by a firewall.

What’s the difference between IKEv2 and IPSec?

When looking for the finest VPN protocols, it's tempting to compare several choices. In practice, IKEv2 and IPSec operate well together and are not usefully comparable. In fact, IKEv2 is already used within IPSec's authentication suite as part of its own set of protocols.

IPSec is a popular system for a reason: it is safe and trustworthy, and its operations are hidden from third parties. Similarly, IKEv2 is an excellent foundation for stability, quick data flow, and connection hopping.

How secure is IKEv2 Protocol?

The IKEv2 VPN protocol is extremely secure. Because it is based on 256-bit encryption and can employ a variety of ciphers. Furthermore, IKEv2/IPSec provides the MOBIKE function, which avoids connection drops when the network is switched.

Furthermore, IKEv2's certificate-based authentication checks ensure that nothing is done until the requestor's identity and validation are completed. IKEv2/IPSec is a fast VPN protocol when compared to others. It is, in fact, one of the most rapid VPN protocols offered to VPN users.

It is slightly slower than other fast VPN protocols such as PPTP or SoftEther. It also helps to reduce latency because it operates on UDP port 500. It's worth noting that, because of its MOBIKE function, you won't have to worry about IKEv2's speeds dropping or being stopped when the network changes.

What’s the difference between IKEv1 and IKEv2?

You may be wondering what changes were made when IKEv2 was developed. Well, there are many differences between the two, but here are the most significant:

Should I use IKEv2?

IKEv2 is a VPN protocol that is widely trusted and acknowledged. Working in tandem with IPsec, it gives access to high-quality VPN connections on a variety of systems. Even better, its connectivity makes it the most appealing to mobile users, who must be aware of their resources at all times.

IKEv2 is very popular and most good VPN providers will offer it, among other protocols. Before making a decision we recommend looking into the different types of protocols, and see which appeals to you the most.